Lavelle 'ticking off the days' with Paisley Park 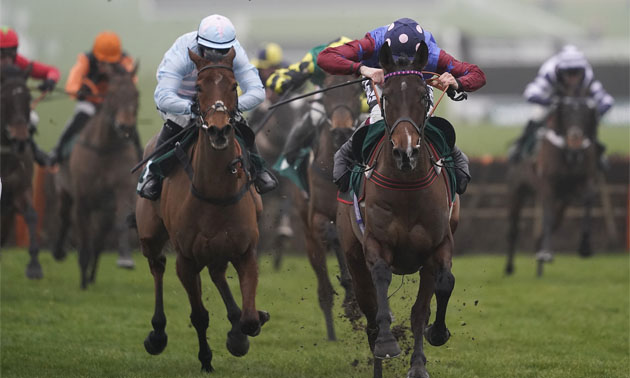 Emma Lavelle is counting down the days to the Paddy Power Stayers' Hurdle after Paisley Park's comfortable victory at Cheltenham.

The eight-year-old looks like being one of the bankers of the Festival after stretching his winning run to seven in the Cleeve Hurdle.

Lavelle believes his rivals would be mistaken in thinking Paisley Park is just a stayer - and insists he is not short of speed.

"He's come out of it great, he's in very chirpy form and all is good," she said.

"He was unreal really, he's getting more and more professional about the whole thing - he's a very good boy and it's all very exciting.

"They have tried various ways to beat him - the thing about him is that because he's a three-miler people think he's slow, but he's far from it, he's a quick horse as well. He's just very special.

"Aidan (Coleman) niggled at him coming down the hill and immediately he came straight back on the bridle, meaning Aidan had to take a pull. It's very hard to quicken twice, but he did it.