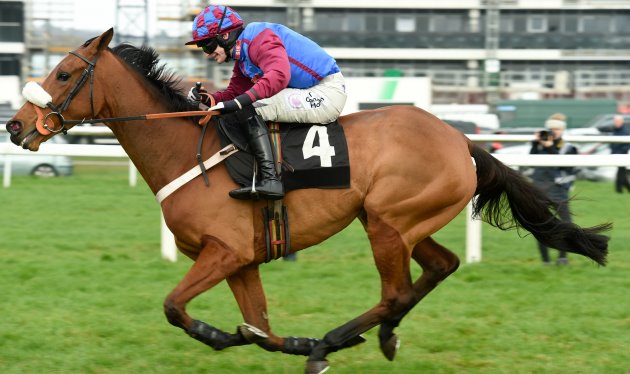 Talented mare, La Bague Au Roi recorded her 13th and most high-profile victory in 18 career starts when claiming the (Grade One) Kauto Star Novices' Chase at Kempton on Boxing Day - taking her unbeaten record over fences to three.

What a horse she is!

LA BAGUE AU ROI remains unbeaten over fences with a brilliant victory in the (Grade 1) Kauto Star Novices' Chase at @kemptonparkrace for Warren Greatrex and @dickyjohnson77!

Having failed to taste success in her two previous visits to the Cheltenham Festival, trainer Warren Greatrex is keen to consider alternative options and her next port of call could be the Flogas Novice Chase at the Dublin Racing Festival in early February.

"I've got to speak to the owners, but the plan, more than likely, is that she will go for the two-mile-five-furlong Grade One at Leopardstown," said the Lambourn handler.

"I think the track will suit her well and the ground never gets that horrific there. I'm not bothered about the drop back in trip, as it means she can pound them even more.

"She took the race at Kempton brilliantly and is bouncing.

"She will probably have entries for Cheltenham, but she is more likely after Ireland to head to Aintree, as I think she is better on a flat track."