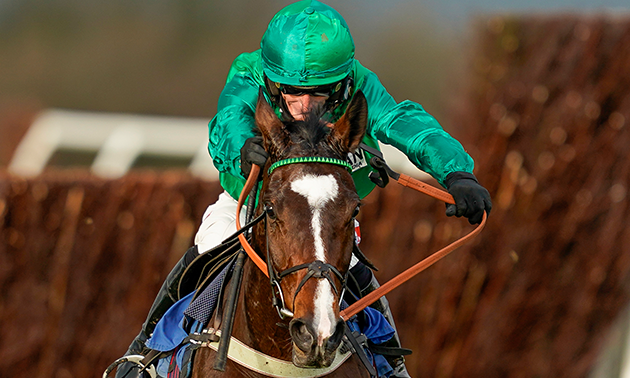 The Barbury Castle trainer reports the nine-year-old in top order following his impressive triumphs in successive visits to Wincanton this season.

Messire Des Obeaux returned from a 10-month absence to stylishly take out a Class 3 and a Class 1 at the Somerset track, but will not have Cheltenham on his horizon.

Another cracking round of jumping from MESSIRE DES OBEAUX at @wincantonraces as he lands the rearranged Grade 2 @paddypower Dipper Novices’ Chase under @Dazjacob10!

King is reluctant to risk aggravating an old injury by running his charge on an undulating terrain.

He said: “Messire is grand and will go for the Scilly Isles (on February 6), which has always been the plan since his last run.

“Touch wood he’s fine, but I won’t even enter him for Cheltenham. I would be concerned he might be vulnerable to a recurrence of his problem running on an undulating course.”