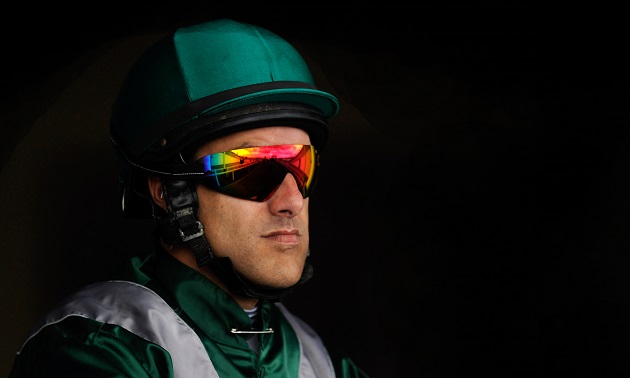 Darryll Holland has taken out a licence to train from Harraton Court Stables in Newmarket, where he will be assisted by Kieren Fallon.

Holland, who partnered the likes of Falbrav and Double Trigger in a riding career that took him around the world, has been taking his training modules on and off over several years.

He already owns Harraton Court, which was built in the 1880s and from where 1905 Derby winner Cicero was trained.

“The process has being going on a long while. We were actually going to announce everything on Tuesday, but news travels fast in Newmarket!” said Holland. “I’ve been doing the training modules over a few years, riding permitting. I actually did the business course 12 years ago believe it or not.

“I’ve always had it in the back of my mind, but then I went out to Canada. I just thought the timing was right now and it’s a perfect transition. I own the stables, I have done since 2007 but I was leasing it out. I’ve taken it back on. If I didn’t own it, starting out the premises could have been a bit of a burden, but we won’t have that.

“It will be good fun, we can get some nice people in, owners and things like that – it will be enjoyable for everyone. We’re looking to start off with about 20 horses, but we have plenty of orders coming in so we’ll go to the sales. I think we’ll get full pretty quickly.

“It will be different working with Kieren for a change, we were rivals in the saddle but we’ve become good mates. We’ve got a wealth of knowledge that you can’t buy – 70 years between us. The pair of us have been around the world twice, ridden in most countries and if we can’t get a winner between us there’s something wrong.”

On jockey plans, Holland said: “Young Cieren [Fallon] will ride, but his first priority is Qatar Racing. When available he’ll get the leg up. So will Frankie [Dettori], we’ll put him on a quick one! He actually sent me a good luck message the other day. We’ll have a big launch on Tuesday, but we’ve got a website up and running with a bit more info on for everybody at harratoncourtstables.co.uk.”