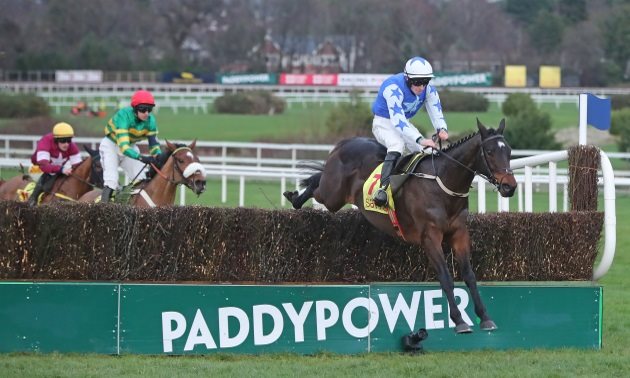 Kemboy led home a one-two for trainer Willie Mullins in the Coral Punchestown Gold Cup, the feature event on day two of the Punchestown Festival.

Ruby Walsh opted to partner Kemboy of Mullins' three runners and his decision was justified as the seven-year-old proved too good for his Cheltenham Gold Cup-winning stablemate in the Grade One feature.

Kemboy came unstuck at the first fence at Cheltenham as Al Boum Photo claimed the blue riband, but he gained compensation under a positive ride from Walsh.

British raider Definitly Red disputed the early lead with the eventual winner, but it was a duel between the Mullins' runners turning for home, with Al Boum Photo unable to go with Kemboy, who ran out a two-length victor.

Thrilling finish to the Punchestown Gold Cup, as KEMBOY gets the better of Al Boum Photo, in what proved to be a brilliant battle between the @WillieMullinsNH stablemates at @punchestownrace!

There was a further 22 lengths back to the The Storyteller in third.