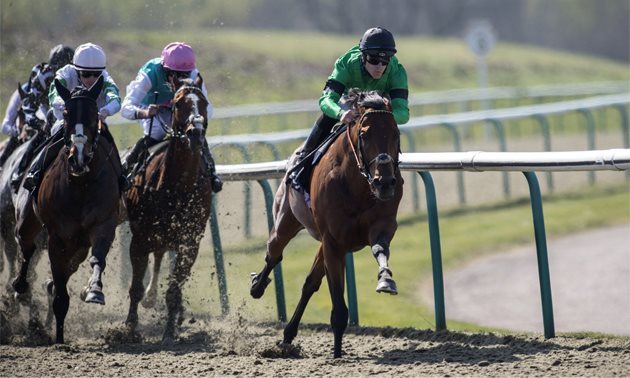 Tom Dascombe's speedster was lining up in Saturday's Heed Your Hunch At Betway Handicap, after his planned appearance in the Listed Cleves Stakes two weeks ago was scuppered by a last-minute setback.

Connections faced a race against time to qualify him to defend his crown in the sprint division on All-Weather Finals Day on Good Friday, with options running out.

They chose to run in a handicap rather than a fast-track qualifier in France - but after Kachy broke in his usual electric style, he took a false step as the race began in earnest and was swiftly pulled up by Richard Kingscote.

It was later announced he had been put down.

Lowe tweeted: "RIP big fella. You were our world and will be missed forever. #KingKachy."

As well as winning four times at Lingfield, including on 2019 Finals Day, he claimed the Group Three Molecombe at Goodwood as a juvenile and was twice placed in Group One company at Royal Ascot - finishing second in the 2016 Commonwealth Cup and third in last year's Diamond Jubilee Stakes.

Lingfield also paid tribute, the track tweeting: "We would like to offer our huge condolences to the connections of Kachy, who suffered a fatal injury in race three this afternoon.

"A true champion, he will live long in the memory of everyone at Lingfield Park."