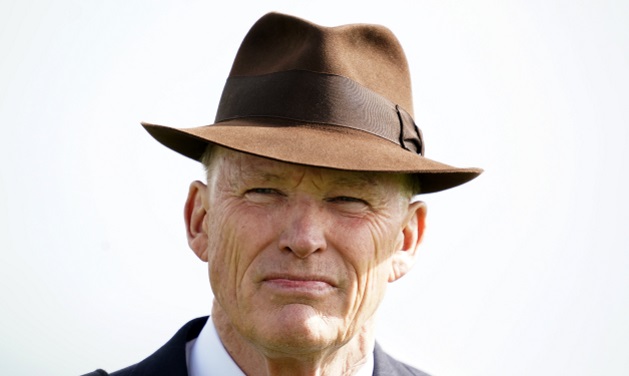 John Gosden has explained the circumstances which appeared to lead to the discovery of ketamine in Franconia’s system following her Listed victory at Newbury last year.

Gosden detailed the unfortunate sequence of events which unfolded in June 2020, but became clear only after a later investigation began into how Franconia tested positive and was therefore disqualified.

A groom at the top trainer’s Newmarket yard – who accompanied Franconia to Newbury – confessed to his employer that he used the recreational drug and had come to realise he could have been inadvertently responsible for the contamination.

Gosden related his evidence to a British Horseracing Authority hearing on Thursday – after which the disciplinary panel imposed a fine of £500, a sum below the established penalty guidelines on the basis of the precautions the trainer had taken.

Asked in a Friday morning interview on the BBC Radio 4 Today Programme how ketamine came to be in Franconia’s system, Gosden said: “It was through an employee.

“He was a rather vulnerable person who came to me – his life had somewhat imploded, and he’d been thrown out of a job as a very young chap.

“He came in, was working with us – and during the (coronavirus) lockdown, he probably got in the habit of messing around with this ketamine, which is obviously used as a drug that sends you into a trance state or something.

“Consequently, when he took this filly racing – although he cleaned himself properly, showered and his clothes were clean – he used to keep the stuff in his wallet in a little packet.

“There was none in there, but there was residual in there. Obviously, that little deposit in the wallet – he’d used his credit card, then he puts the bridle on the filly … can get very quickly into the system, from the (horse’s) tongue and gums.”

That appears to be what happened.

Gosden added: “This tiny trace, which is microscopic – like half-a-trillionth of a gramme, measured in picogrammes with very sensitive equipment – was picked up in her urine.

“It didn’t affect her performance, because obviously if you used a lot of ketamine it would send the horse into a trance state, and you can imagine what kind of terrible thing could happen.

“Ketamine is for anaesthetics in clinics. It’s never in a racing stable, only in clinics.”

After the groom had admitted the likely cause, Gosden decided to keep him on staff.

“An inquiry was immediately held – we had no idea where this could have come from,” said the trainer.

“They came up with the investigators. It’s difficult to get anyone to talk, because it’s an illegal substance.

“Consequently, he came to me afterwards and he was honest.

“He said it was his fault, and he explained the whole situation. He actually broke down in tears, as one would – not an easy thing to tell your employer.

“Because he was so honest, it solved the whole problem as to where this came from – because it was a complete mystery to us.

“He’s still employed here, and to that extent he’s getting on with life.

“His life hadn’t been going too well before that, and it was difficult for him. But we’re doing fine now.”

Gosden cites the pressures of lockdown last year and the “endemic” nature of recreational drug use as issues which have had significant social consequences.

Asked if there is a problem with drugs in racing, he said: “I think there’s a problem in this country (in general society), and many other countries.

“I think it’s endemic, the use of recreational drugs. I do think that the lockdown scenario – this occurred two weeks after lockdown ended – (meant it was likely) that a lot of people had no entertainment.

“But racing is a huge, multi-billion pound industry. It’s very well regulated – horseracing here is of the highest standard in the world, and it’s something to be proud of.