Imperious Altior makes it 17 in a row in Clarence House 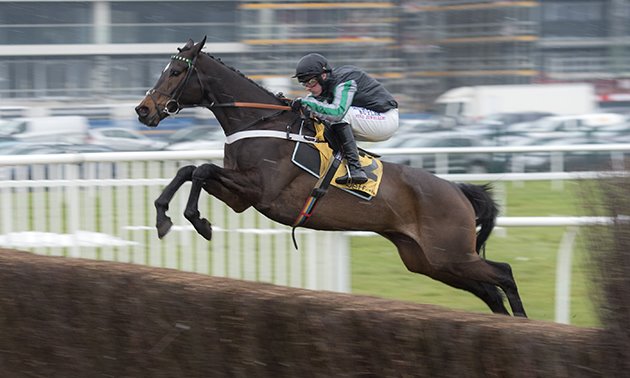 Altior stretched his unbeaten sequence to 17 with a smooth victory in the Matchbook Clarence House Chase at Ascot.

Nicky Henderson's superstar did jump out to his left, markedly on occasions, but he had so much in hand over just two rivals it did not make any difference.

Having to make his own running was not ideal - and while Nico de Boinville was keen to keep hold of him in the first half of his race, once he gave him his head down the back straight the race was almost over.

Altior quickly put lengths between himself and Fox Norton, who himself is a Grade One winner but was returning from more than a year off.

Sent off at the prohibitive price of 1-10, Altior's tendency to jump left will have given those who took the short odds a few anxious moments - but he was never in any danger, cruising home to win by seven lengths.

It's a 17th consecutive win for Altior! 🙌

He takes victory in the Matchbook Clarence House Chase at @Ascot pic.twitter.com/LQjvNboYU1

"It's the sort of thing you see horses do around here," said Henderson

"He doesn't need to go left, but we know he's so much better at Cheltenham.

"He had to go and do his own thing, and we knew he'd have to make the running. If something came to him I think he'd have gone again - he was idling a bit.

"Yes, he did drift left. But it's not his natural thing - he'll be going left (handed at Cheltenham) next time."

Altior has put himself on course to equal Big Buck's all-time record of 18 successive victories over jumps, in defence of his Queen Mother Champion Chase crown at the Cheltenham Festival in March.

Henderson said: "You are getting to an extraordinary sequence if you like, that he is building up.

"We know where we are going next, and he won't run again before Cheltenham - that's why I rather wanted to do it this way.

"There are two Grade Ones and a Grade Two along the way - take that, then freshen up for Cheltenham - because that is the main objective, and we can decide what we do after that."

Altior is the latest in a series of outstanding horses to have scaled the heights for Henderson.

He added: "All I can say - you very lucky little boys if you can have one horse as good as Sprinter (Sacre), because they only come round once in a lifetime - and literally within six months of him going, this new thing appeared.

"Nobody can be as lucky as we are to have experienced two horses like that."

De Boinville told ITV Racing: "That's the first time he's made the running for a long time, and he could have done with a bit of a lead.

"There was no point getting stuck in behind anything. The record is there for the taking so it was worth going.

"Everyone has had a go at him but there's nothing we'd be afraid of at Cheltenham.

"He's such an intelligent animal, he can measure his fences up perfectly."