How to find a bet using Timeform’s Race Passes 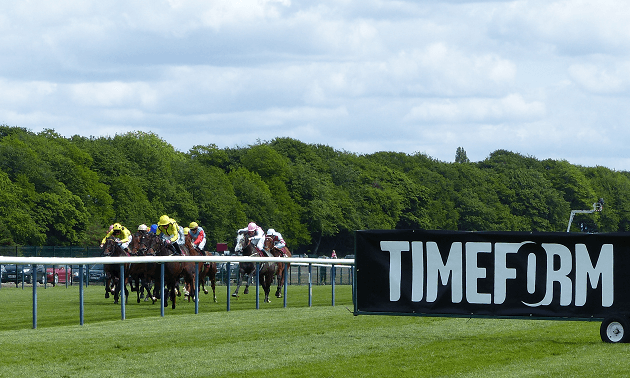 Race Passes are the ultimate form guide, providing Timeform analysis, flags and ratings for every runner in every race in Britain and Ireland, and this week – to celebrate the return of racing – the service is free for all users!

Timeform Race Passes provides all the information required to study the form of a race and find a bet, suitable for a casual punter simply looking for a nudge in the right direction or someone who wants all the details to delve as deep as possible for themselves.

With Timeform ratings for every runner, it is possible at a glance to see where a horse stands in form terms against their rivals. While not necessarily a tip, the top-rated can provide a starting point to the level of form that may be required to win the race, while symbols, such as ‘p’ or ‘P’ to signify improvement, can give a strong hint as to which runners are likely capable of better, and to what degree progress is anticipated.

The traditional Timeform symbols which identify horses to be wary of – such as the infamous Timeform squiggle or an x to denote bad jumping– can also be found on Race Passes.

In more recent times, Timeform Flags have been introduced and they provide an at-a-glance view of the most interesting points of a runner’s profile. Whether it be the ability to act on the course, or the current form of a trainer, these and other points of interest are highlighted to put punters on the right track.

Even trainers and jockeys are now ranked in our system and it can be extremely significant when horses switch yards to a more successful trainer, or perhaps a more capable jockey takes over in the saddle.

One of the most significant pointers of all is probably the Horse in Focus Flag which accompanies those horses of immediate interest, for reasons that are outlined in their most recent report. This can range from a top prospect who has won their maiden with ease to a low-grade handicapper who has shaped particularly well from a falling mark. While some symbols give an idea of a horse being capable of better in the long run, the Horse in Focus highlights the runner is very much of immediate interest.

One of the major features of Race Passes is the inclusion of in-play symbols, highlighting the position a horse tends to take up during a race and any characteristics they may have shown.

When analysing a race, our reporters will essentially focus on four categories: Race position, start, middle and end.

Race position is somewhat self-explanatory – it denotes where in the field a horse has raced. This is done by numbering positions from 1-5, with 1 being led/disputed the lead and 5 being held up/behind. This not only helps to highlight the tactics employed in relation to an individual performance, but it helps identify a horse’s usual running style. For example, Sea of Class was always ridden patiently and, as such, recorded a figure of 4 or 5 on all seven career starts, whereas the trailblazing Kachy was assigned a 1 on no fewer than 17 occasions. Such information can clearly be useful when researching a potential pace angle or previewing how a race might unfold.

The symbols that are generated from the running note can also help build up a profile or highlight a specific trait or flaw in a horse. The main symbols that come into play at the start of a race are; S (s)– slowly away – and O (o), which is badly outpaced. The retired all-weather stalwart General Tufto is a prime example of a horse who regularly generated such symbols in the early part of the race.

The middle and end of the race also provides vital information about a horse’s style. Douvan is widely known as a strong traveller and as such has generated a K symbol on 13 of his 17 starts since transferring to Willie Mullins. Another horse that was regularly assigned K was Cue Card, though the addition of a P (pulled hard/raced freely) from time to time suggests that he walked a very fine line between travelling well and doing too much during his races. A horse being assigned a K is usually viewed favourably but when coupled with an F (f) it denotes a weak finisher that can’t be relied upon to go through with his effort no matter how well he appears to be travelling. If you pictured Harchibald when reading that sentence, then you hit the nail on the head.

In contrast to an F, a horse being assigned an R (r) indicates a horse that responds well to pressure, a trait very much associated with Stradivarius, who has generated this symbol on 11 outings in the past few seasons.

For a full list of the abbreviations used by Timeform and the definitions of what they represent please click on the following link: https://www.timeform.com/horse-racing/features/guides/abbreviations.