Hatton's Grace Hurdle: What they say 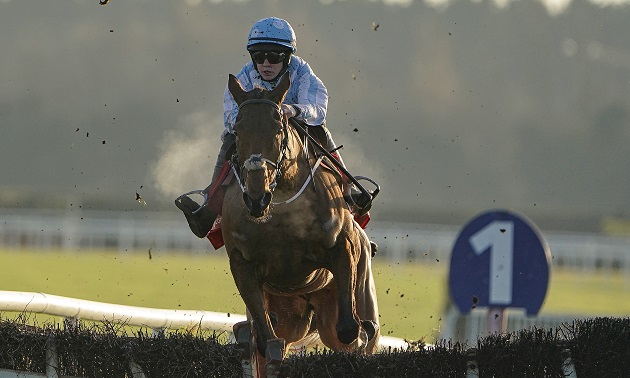 A week on from Constitution Hill’s blistering display at Newcastle, Honeysuckle bids to prove she will not let go of her Champion Hurdle crown lightly by securing a record fourth victory in the Bar One Racing Hatton’s Grace at Fairyhouse this weekend.

Nicky Henderson’s Constitution Hill is odds-on to take Honeysuckle’s crown at Cheltenham in March following his Fighting Fifth romp last Saturday – despite the fact Honeysuckle is already a dual Champion Hurdle winner and yet to meet with defeat in 16 outings.

The Henry de Bromhead-trained eight-year-old is tied with Limestone Lad, Solerina and Apple’s Jade as a three-time Hatton’s Grace winner and on Sunday gets the chance to go out on her own under her regular partner Rachael Blackmore.

Peter Molony, racing manager to Honeysuckle’s owner Kenny Alexander, fully respects Constitution Hill’s obvious talent, but feels anyone who writes off the great mare does so at their peril.

“Constitution Hill was incredibly impressive last week, but to be honest it was no more than I expected – we all know he’s a very good horse,” he said.

“We’ve just got to do our own thing, head down and please God we get to March in one piece. If Constitution Hill is there, he’s there, and if he’s not, he’s not – I hope he is.

“We don’t know how good Honeysuckle is because she only ever does just enough to win her races and we don’t really know what’s under the bonnet.

“Constitution Hill could be a superstar, but Honeysuckle might still be good enough to beat him.

“She wears the crown, so let’s see what happens.”

Honeysuckle was brilliant in winning the Hatton’s Grace in 2019 and 2021, with a rather more laboured success over Ronald Pump sandwiched in between.

Molony added: “You never quite know what they’re going to be like first time out. It’s a new season, so fingers crossed the old ability is still there.

“Henry seems very happy with her. I think by his own admission he left her a bit short for this race a couple of years ago. It was basically the only time in her entire career when she blew up, but in true Honeysuckle fashion she managed to get the job done.

“She’s been a wonderful servant and doesn’t owe us anything. Just to get her home in one piece now is the number one objective.

“It would be huge to win a fourth Hatton’s Grace. It’s a huge race for our family as my father and my uncle rode Hatton’s Grace himself, so it’s a name we heard a lot at home growing up as children.

“It’s wonderful to win it once, but to win it three times is incredible. If she could pull off the fourth that would be out of this world.”

The biggest threat to Honeysuckle appears to be Klassical Dream – one of three runners for champion trainer Willie Mullins.

Already a six-time Grade One winner, Klassical Dream was last seen filling the runner-up spot in the French Champion Hurdle at Auteuil in May.

Patrick Mullins, assistant to his father, said: “Klassical Dream is a top-class horse and two and a half miles will be no problem to him, but it’s going to be very hard to beat Honeysuckle.

“It’s his first run of the season and we’re hoping he should get close to her, but it’s going to be very hard to beat her bar she has an off day.

“Constitution Hill looks as exciting as any horse I’ve ever seen, but he has to go and take the crown off her head. He’s obviously got youth on his side and it should be a fascinating match up.”

The Closutton trio is completed by talented mare Echoes In Rain, who reverts to the jumping game after finishing second to Waterville in the Irish Cesarewitch, and Saldier, who finished third behind stablemate State Man in the Morgiana Hurdle at Punchestown a fortnight ago.

Mullins, who rides Echoes In Rain, added: “Echoes In Rain comes into the race having been running during the summer so that has to give her an advantage.

“She was only three lengths off Honeysuckle in Punchestown in the spring, she should be able to get good place money again and if something goes amiss with Honeysuckle she’ll be in a great position to pick up the pieces.

“Saldier ran well in the Morgiana. He’s a Galway Hurdle winner and has won Grade Ones and two and a half miles will be no problem to him.

“I rode him in this race last year and he disappointed, but I’m expecting him to run better this year.”