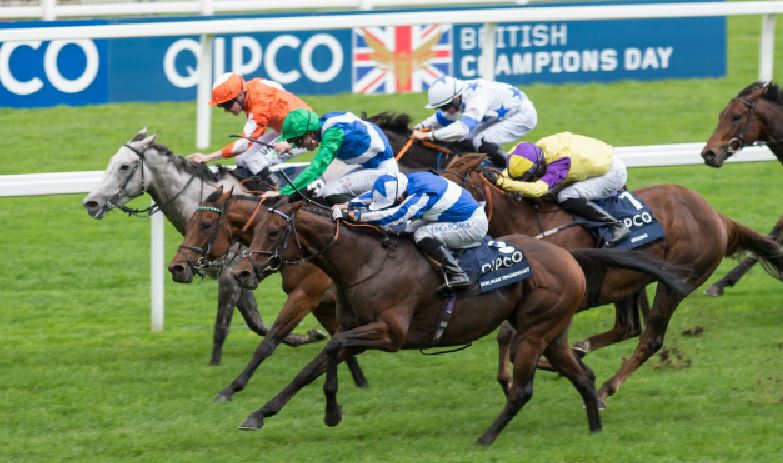 Make A Challenge could tackle the Woodlands Stakes at Naas on June 8 before a possible trip to Royal Ascot.

The Listed event is scheduled for the first day of racing in Ireland since the coronavirus shutdown and trainer Denis Hogan believes it could be a good European starting point for his stable star, who was last seen finishing sixth in Doha back in February.

The five-year-old made huge strides last term, winning six times and progressing from a mark of 68 to 112 by the end of the campaign.

However, Hogan also has a second string to his bow in Sceptical, who has won three times in four all-weather outings.

"It would be a nice starting point for the two of them, although it is close to Royal Ascot.

"We're thinking we'll definitely run one in Naas, but we'll look at the ground and you might think Make A Challenge might want a bit of rain.

"We will see how that goes though and then think about the King's Stand Stakes."

Royal Ascot is due to kick off on June 16, with the British Horseracing Authority planning for a June 1 resumption, subject to Government approval.

Under Irish rules, anyone who travels out of the country must self isolate for 14 days on their return - a factor which Hogan would have to take into consideration.

He said: "It's not ideal, but we'll have to work around the situation. If he was a 33-1 shot it wouldn't interest me, but we've not had a horse this special before."

Should Sceptical line up at Naas, he would be running on turf for the first time.

The four-year-old boasts a fine pedigree as a son of Exceed And Excel out of 2009 Queen Mary winner Jealous Again and he was bought from Godolphin for just £2,800 at the sales last August.

He did not run until October, with Hogan adding: "We've not been able to run him on the turf yet as the Curragh has been closed, but he might be able to work there next week, we'll see on that.

"He's done all his running on the all weather just because we had no other options at that point."