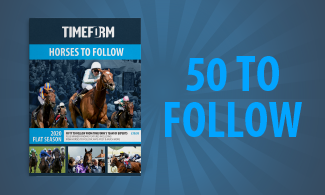 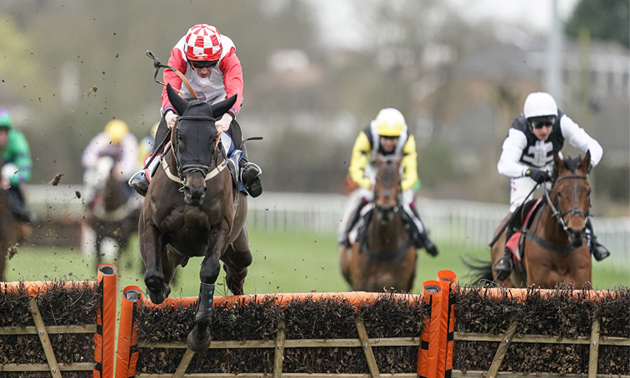 Impressive Dovecote Novices' Hurdle winner Highway One O Two will skip the Imperial Cup at Sandown and head to Aintree instead.

Chris Gordon's youngster maintained his unbeaten record over timber in the Grade Two at Kempton on Saturday when making all the running.

As a result, the handicapper raised him 11lb, and Gordon - who was winning the biggest race of his career - is therefore happy to miss Sandown next week and take a fresh horse to the Betway Top Novices' Hurdle in April.

"He will go to Aintree now," said the Winchester trainer.

"To be quite honest, if he was a straightforward horse I would have gone for a normal novice somewhere with a claimer on for his third run - and keep his mark of 135.

"It was a good ride by Tom (Cannon). With him being so keen early on, he did really well to keep finding at the end of the race.

"The funny thing is, normally horses who are keen on the track are keen at home - but he isn't, he's lovely and settled at home. Hopefully as time goes on, he will conserve a bit more energy, but it was a really good performance."

Earlier on the card Gordon fielded the favourite for the Pendil Novices' Chase, Commanche Red - who could finish only third but returned with a valid excuse.

"When he came back he looked really sore," said Gordon.

"What had happened was the toe clip on his hind shoe had gone right up into his foot.

"There was a fair bit of blood, and we had to get his shoe off there and then. He's sore, understandably, but hopefully we'll get him going again next week.

"That could have happened very early. He made a mistake at the third and never looked happy at any stage after that.

"In the circumstances, to only be beaten 10 lengths he might have run a really good race."

Like Highway One O Two, Commanche Red is therefore due for a break before heading to Liverpool

"We'll wait for Aintree with him," added Gordon.

"(Jockey) Paddy (Brennan) was adamant we should go for the three-miler at Aintree (Mildmay Novices' Chase).

"I was happy to just go for a little race somewhere before the season finishes. But when you employ Paddy, you don't discuss it - he just tells you what to do!"