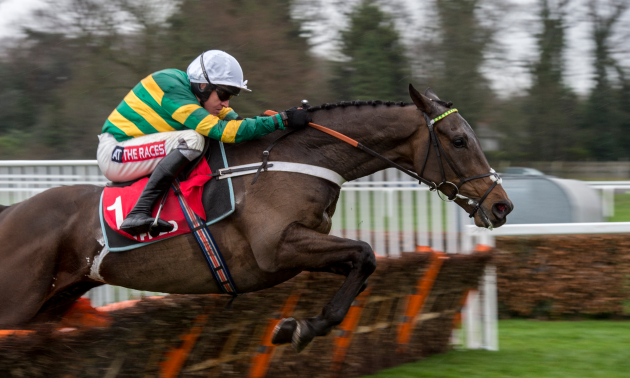 Nicky Henderson was disappointed but not dismayed after dual Champion Hurdle hero Buveur D’Air suffered defeat on his long-awaited return to action at Haydock.

Having claimed Cheltenham Festival glory in both 2017 and 2018, the JP McManus-owned 10-year-old fell when bidding for the hat-trick the following season.

Hopes of regaining his crown last March were dashed by a freak injury suffered in the Fighting Fifth at Newcastle, where he returned with a piece of wood lodged in his foot, which later required surgery and a significant period of rehabilitation.

It has been a long road back for Buveur D’Air, but such was his well being, Henderson changed a long-term plan to run at Sandown next month and instead bring him out a fortnight earlier in The New One Unibet Hurdle on Merseyside.

Despite 14-month absence, he was widely expected to make a successful return against two rivals – but despite receiving weight from both eventual winner Navajo Pass and last year’s victor Ballyandy, the 8-11 favourite was unable to reel in Donald McCain’s front-runner.

Thou shall not pass! Navajo Pass makes all under @SquinlanSean to land the Champion Hurdle Trail at @haydockraces for @donaldmccain! 👏

Good to see Buveur d’Air back on the track in 2nd. pic.twitter.com/MAL9ZL4tsi

However, Henderson was optimistic overall as he assessed the performance post-race.

“He’s jumped like he always used to – it’s very quick and accurate, isn’t it?,” said the Seven Barrows handler

“Nico (de Boinville) thought he’d got the winner covered going to the last, but then he took a big blow.

“He doesn’t like that very heavy ground. People will say I would say that, but there you go.

“He’s got a run under his belt and will come on tons for that. I’m still pleased we got on and did that today, rather than wait for Sandown in a fortnight’s time, as he wouldn’t be any straighter then – and we’ve now got more time to play with between now and March.”

Buveur D’Air is a general 20-1 shot to become the fifth horse to win a third Champion Hurdle, with Epatante – who won the race in her stablemate’s absence last season – the 9-4 favourite, despite also being beaten on her latest outing in the Christmas Hurdle.

Of Buveur D’Air, Henderson added: “We’ll stick to the plan and go for the Champion Hurdle.

“I’m disappointed not to win today. Of course you want to win and win on the bridle, but that was hardly going to happen in that ground – they’ve done well to race, to be honest with you.

“I do (think the old Buveur d’Air is in there), and he was bound to need it today. He looked big to me, the scales were saying that he’s lighter than he looks, but he does look big, and he needed to go and do something like that.

“I’d have preferred a different result, but that’s what we have to take. We know where we are and know what we’ve got to do.

“He pulled up sound and everything is right. There are no lumps or bumps – or pieces of wood sticking out!

“He’ll be tired tonight, there’s no doubt about that. He’s not going to run again before the Champion Hurdle, but you can go back to work and I’d say he’s almost certain to have a racecourse gallop somewhere.”