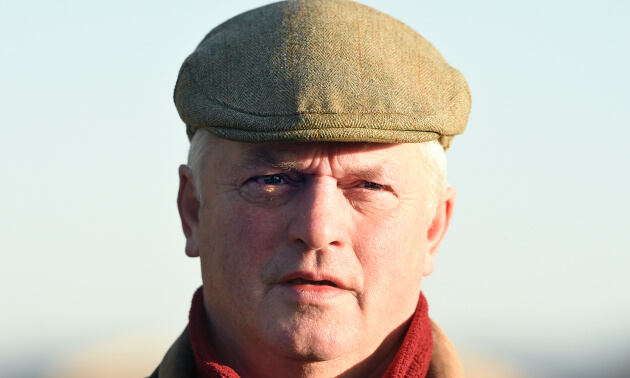 Harry Senior ran out a ready winner of the Ballymore Novices' Hurdle to give Colin Tizzard another smart Cheltenham Festival prospect.

With The Big Breakaway, Fiddlerontheroof and Master Debonair all housed in the same stable, Tizzard is well covered in the novice hurdling sphere and Harry Senior did his claims no harm at all.

He was due to run at Warwick two weeks ago, but got loose beforehand and had to be withdrawn.

Far more tractable on this occasion, Robbie Power charted an inside route and though King Roland made a powerful move turning into the straight, Power kept his cool.

Harry Senior strode out powerfully up the hill and while King Roland stuck to his task, the 4-1 chance won by two and a quarter lengths with Protektorat back in third.

The winner was introduced into the betting at 12-1 for the Albert Bartlett by Betfair.

Tizzard said: "He had a little bit of blood showing in front (at Warwick), but you can't blame the vets.

"He just knocked his shin and Robbie said he cut himself shaving more. You don't know what is underneath the blood and it was the right thing to do.

"It gave him another fortnight from his last run and that wasn't wasted on him. He was best turned out as he looked well today. It is a funny old world.

"We thought Slate House would run a hell of a race (in the Cotswold Chase) and this one might struggle and this one bolts up.

"The way he travels, he almost goes to sleep - he would stay three miles on good spring ground.

"I'm sure we will go for the three-miler, but he will have an entry in the Ballymore.

"You would say this is the best novice team we have had, but we have to get them there in the best health. This is a very testing time the next six weeks.

"He won't run again before Cheltenham as we would like to think he could run again at Aintree or Punchestown."