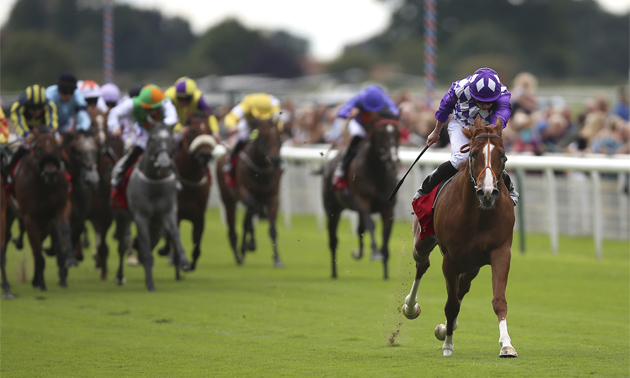 Richard Hannon is tempted to target a sprinting campaign with Mums Tipple - and sees the Commonwealth Cup at Royal Ascot as an ideal race for the speedy colt.

Although Mums Tipple (Timeform rating 119) holds entries in the Qipco 2000 Guineas at Newmarket and Tattersalls Irish 2000 Guineas at the Curragh, the former champion trainer may campaign him over six furlongs rather than a mile.

After making a winning debut at Ascot last summer, the son of Footstepsinthesand thrust himself into Group-race calculations with an impressive 11-length victory off top weight in a valuable sales races at York.

Mums Tipple then finished down the field when upped to pattern company for the first time, however, in the Group One Middle Park Stakes at Newmarket in September.

Hannon has had to revise initial plans for his return, because of the coronavirus shutdown.

He said: "I was looking at probably going to Newbury with him over seven in the Greenham - but that isn't going to happen now.

"I hope we can take him away for a day out to Kempton or somewhere.

"I'd like to think he would get a mile - but I'm not sure, because he looks pretty quick over six, and there is that race at Royal Ascot which has got his name written all over it.

"Ryan Moore felt after York that a flatter track might just be for him. He didn't handle the undulations at Newmarket - but he also got a kick in the gate there."