Pat Smullen: The career of a champion 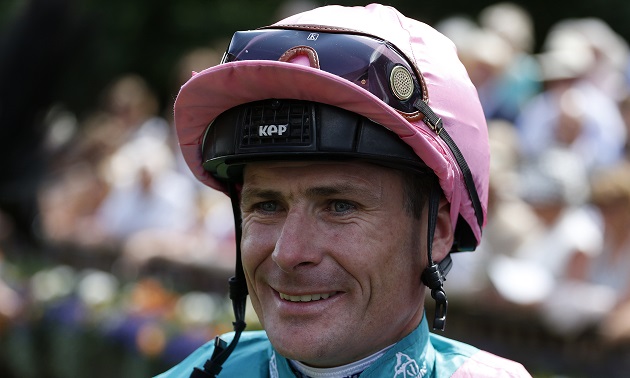 Timeform highlight the achievements of Pat Smullen, the nine-times Irish champion jockey who has sadly died at the age of 43.

Pat Smullen won the champion apprentice jockey title in 1995 and 1996 before enjoying a long-standing association with Irish training legend Dermot Weld, acting as stable jockey from 1999 until the end of his riding career. Brilliance in the saddle ensured a host of winners at the highest level as well as nine Irish jockeys’ championships. He proved an inspirational figure after being diagnosed with pancreatic cancer in 2018, raising more than €2.5 million for charity through the Champions Race For Cancer Trials Ireland contest staged at the Curragh in 2019. Smullen was married to Frances Crowley, the first women to be crowned Irish champion amateur rider and train an Irish classic winner.

Smullen was initially attached to Tommy Lacy’s yard and rode his first winner in June 1993, his mount Vicosa coming home ahead of ten rivals in a nine-furlong apprentice handicap at Dundalk. In 1995 Smullen’s 26 winners were enough to secure the first of two successive apprentice riders’ titles, during which time he would also bag a first Group-race victory when Token Gesture won the C. L. Weld Park Stakes, the race named in honour of the winning trainer’s father.

Tarascon would provide Smullen with the first of 25 Group/Grade 1 wins when landing the 1997 Moyglare Stud Stakes, though he lost the ride after the filly finished a distant last in the following season’s 1000 Guineas and Jamie Spencer was on board when she won the Irish version three weeks later. Smullen was by now forming an even closer association with Weld and would become stable jockey when Mick Kinane moved to Aidan O’Brien in 1999, Smullen’s 72 winners enough to finish runner-up in that year’s jockeys’ championship.

Smullen also spent several winters in Dubai, where he would become stable jockey to Erwan Charpy in 1997, finishing fourth in the UAE jockeys’ championship in two successive seasons.

Vinnie Roe made a winning debut at Leopardstown in June 2000 and he would be ridden by Smullen on all bar one of his outings during an illustrious career. Vinnie Roe also won the Listed Eyrefield Stakes in 2000, the year Smullen was first crowned champion jockey.

Vinnie Roe would land the first of four successive Irish St Legers during a second title-winning season for Smullen in 2001, and a further Group 1 victory for the rider arrived when Refuse To Bend took the National Stakes in 2002. Dress To Thrill missed the first half of that year but had a very successful spell from July onwards, winning the Sun Chariot at Newmarket before crossing the Atlantic and beating the Americans in their own backyard in the Grade 1 Matriarch Stakes in December.

Smullen bagged a first British classic early in the 2003 campaign when Refuse To Bend maintained his unbeaten record in the 2000 Guineas at Newmarket, whilst in 2004 Smullen won the Irish Derby on Grey Swallow, who beat the Derby winner North Light. The year would draw to a close with a near miss in Australia, Vinnie Roe finishing a gallant second behind Makybe Diva in what was the middle leg of her hat-trick of the Melbourne Cup victories.

Nightime was a surprise winner of the 2006 Irish 1000 Guineas, earning the distinction of being the first horse sired by Galileo to win a classic, and Smullen struck up what proved a most profitable partnership with the Mark Wallace-trained sprinter Benbaun, winning the Flying Five at the Curragh later that year. In 2007 Benbaun would win four Group races under Smullen – who was again crowned Irish champion jockey – including the Prix de l’Abbaye at Longchamp.

Casual Conquest ran out an impressive winner of the Derrinstown Stud Derby Trial on just his second career start in May 2008 and was sent off favourite for the Derby at Epsom but could finish only third. Famous Name, who would end his career as a 13-time winner in Group company, had gone even closer in the French version six days earlier, narrowly failing to catch Vision d’Etat in the Prix du Jockey Club, just a head between the pair at the finish. Nevertheless, Smullen would celebrate a fifth jockeys’ championship in nine seasons at the end of a campaign in which Muhannak gave him his only success in a Breeders’ Cup race.

Smullen was riding at the top of his game during 2010, regaining the crown as leading Irish jockey. Bethrah was a notable highlight, staying on best to come out on top in a blanket finish to the Irish 1000 Guineas, while Rite of Passage also provided a huge moment, making light of his relative inexperience to win the Gold Cup at Ascot.

Smullen rarely came away empty-handed from the Galway Festival, riding no fewer than 12 of Dermot Weld’s record 17 winners in 2011, though the highest-profile success that the partnership shared that season came in September when Emulous readily won the Matron Stakes.

Princess Highway was one of the eight Royal Ascot winners Smullen would ride during his career, taking the 2012 Ribblesdale Stakes, and later that season the rider would add an Ayr Gold Cup success to his CV for good measure, forging clear late on aboard the Kevin Ryan-trained Captain Ramius. Rite Of Passage would confirm his position as the top stayer of the year when winning the Long Distance Cup on British Champions Day, whilst Sapphire revelled in the mud to grab the Fillies’ And Mares’ Stakes later on the Ascot card.

Smullen smashed through the 100 domestic winners barrier for the first time in his career during the 2014 campaign and enjoyed back-to-back success on the Wednesday of Royal Ascot with Mustajeeb taking the Jersey Stakes and Anthem Alexander the Queen Mary. The lightly-raced Forgotten Rules would land another Long Distance Cup for the Weld/Smullen combination later that season.

The Prince of Wales’s Stakes had been billed as the race of Royal Ascot week in 2015, though an abscess caused the late withdrawal of its headline act California Chrome. Free Eagle was having just his fifth start, though was sent off favourite in the absence of the previous year’s Kentucky Derby hero, and he just held on having benefited from an astute Smullen ride.

Smullen would display his fine judgement of pace once again before the meeting came to a close, picking up the ride on the Sir Michael Stoute-trained Snow Sky in what turned out to be a messy Hardwicke Stakes, Smullen dictating in a tactical race and kicking clear early in the straight.

Four weeks later Covert Love would provide Smullen with his sole victory in the Irish Oaks. He was again in the right position throughout aboard Hugo Palmer’s filly, taking over from Together Forever and soon in control inside the final furlong. The combination would miss out only narrowly in the following month’s Yorkshire Oaks, but made amends in the Prix de l’Opera on Arc day. Smullen would add a further Group 1 to his tally before the campaign concluded, Fascinating Rock beating the following season’s Arc heroine Found in the Champion Stakes back at Ascot.

The year 2016 would prove a record-breaking one for Smullen, who completed a hat-trick of Irish jockeys’ championships with a career-best domestic total of 129 winners, while he also landed the Derby for the first time aboard Harzand. Showing no ill effects despite pulling off a shoe on the morning of the race, Harzand looked vulnerable when US Army Ranger loomed up inside the final furlong but he found extra, and would display similar battling qualities three weeks later when again getting the better of Epsom third Idaho in the Irish Derby.

Smullen’s highest profile victory in another 100-plus-winner campaign in 2017 was Shamreen, who won a second successive Blandford Stakes on Irish Champions Weekend, while he teamed up with Willie Mullins a fortnight later for a final success in Group company aboard the talented-but-temperamental dual-purpose performer Renneti in the Loughbrown Stakes at Naas.

Smullen rode his final winner, Togoville, at Dundalk in March 2018, but was diagnosed with pancreatic cancer and announced his retirement from the saddle in May 2019 on medical advice. Smullen organised the Champions Race For Cancer Trials Ireland, a contest in which fellow legendary jockeys such as Sir Anthony McCoy, Kieren Fallon, Charlie Swan and Ruby Walsh returned to the saddle. In excess of €2.5 million was raised for the charity. He is remembered as a true racing great.