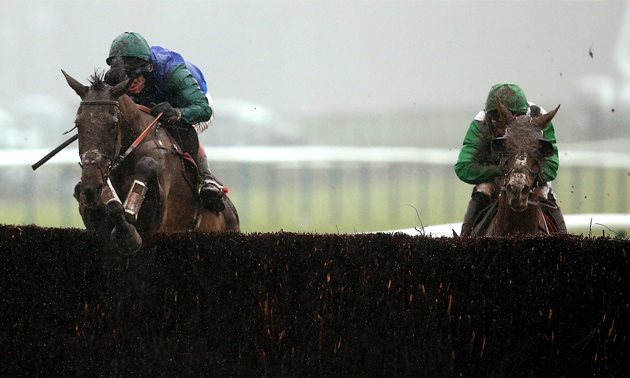 Get the Timeform runner-by-runner guide for the 2020 Grand National Trial Handicap Chase at Haydock on Saturday.

Thorough stayer who landed 2018 Welsh National and good sixth in latest renewal at Chepstow in December. Since had wind op so claims for last year's winning yard but career-high mark to overcome.

Took this race in 2018 for Venetia Williams and in fine form for new yard, third in Welsh National before readily landing Taunton chase. Genuine stayer but now has highest mark to overcome.

Landed Charlie Hall at Wetherby but since well held in Betfair Chase here and Becher Chase at Aintree. Not ruled out though if freshened up after his break. First preference 2.25 Ascot Saturday.

Three-time course winner who bounced back to his best when wide-margin winner of Peter Marsh Chase here last month. Assessor has reacted though so more is needed off 11 lb higher mark now.

It's a demolition job in the Peter Marsh Handicap Chase!

Vintage Clouds runs riot to land the Grade 2 contest is some style for Danny Cook and Sue Smith 👏👏 pic.twitter.com/a0RnntaH80

2017 Grand National winner. Has been lightly raced since but retains plenty of ability, set lot to do when fifth in Becher Chase back at Aintree. Cheekpieces on now so shortlisted off a falling mark.

Useful novice who won twice last term and shaped as if needing the run when last of 4 in Sandown listed race in November. Relatively unexposed and should stay the trip but this is a big ask on return.

Greatly improved stayer who recorded two wide-margin wins here in December, including in Tommy Whittle Chase. Dour stayer but he has another 10 lb rise to contend with in his bid for a four-timer.

After landing the Tommy Whittle Chase last week, he defies a 10lb rise with ease in our feature - the Last Fling Handicap Chase. Congratulations to trainer Richard Hobson and all connected with the thriving six-year-old. 👏👏 pic.twitter.com/tqlMMiuYhc

Cashed in on a handy mark over fences at Ffos Las last April but failed to stay in Coral Welsh National last time, only run over fences since. Has plenty on his plate from 1 lb out of the handicap.

Successful twice over fences during early 2018, and best efforts for a while when second at Warwick and sixth at Sandown last 2 starts. 3 lb out of the handicap though so veteran faces a tall order.

A cracking renewal in which THE TWO AMIGOS is taken to make amends for his mishap in this event 12 months ago and confirm himself a staying chaser on the up with his biggest win yet. 2018 victor Yala Enki is still at the top of his game so sure to go well in his bid for a second success, while Elegant Escape is a high-class stayer who can make his presence felt too after a recent wind operation.