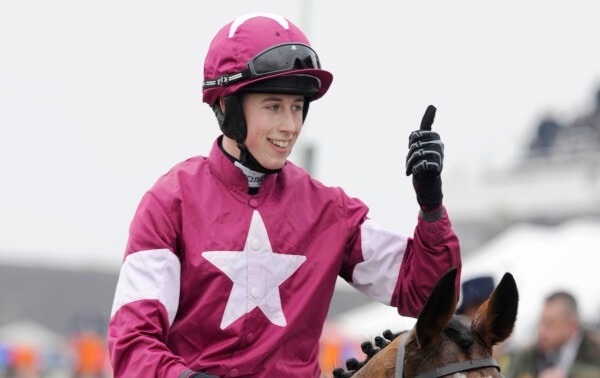 Gordon Elliott holds the key to the 2019 Randox Health Grand National. After all, this might be the first year that bookmakers ‘bet without the favourite’ as standard, with last year’s hero Tiger Roll now as short as 7/2 for a repeat win after two bloodless victories this season.

Tiger Roll’s claims are there for all to see – he jumped well en-route to winning 12 months ago, and appeared to be idling when nearly caught by a rallying Pleasant Company – so a 9 lb higher mark may not be enough to stop him winning again, especially if played later in the day by big-race jockey Davy Russell.

TIGER ROLL WINS THE #GRANDNATIONAL!
A tiger with the heart of a lion! pic.twitter.com/HTRpVLFAJz

However, there is plenty of each-way value around.

Elliott, who first won the Grand National in 2007 with Silver Birch, also saddled Bless The Wings to be third last year and he has made no secret of his desire to run as many horses as possible in both the English and Irish versions of the race.

Bless The Wings races off the same mark and has bounced back from poor runs in the past, but he is now 14 and isn’t guaranteed a run at this stage (number 50 on the list), so of more interest from the Elliott battalion are the 40/1 shots Noble Endeavor and General Principle.

Noble Endeavor didn’t cut much ice at Cheltenham last time but had previously enjoyed a nice ‘sighter’ of these unique Grand National fences when mid-field in the Becher Chase, and he has a proven record in big-field races, having won the 28-runner Paddy Power Chase at Leopardstown back in late-2016.

General Principle is also at home in a melee, as he showed when winning the Irish Grand National a year ago. He is only 5 lb higher here and has a nice light weight, so rates a much more interesting contender than his recent effort – where he was pulled up after being hampered late on – at Cheltenham might suggest. He was in the process of running a big race before making a bad mistake at the 15th, and though he doesn’t have experience of these fences, he looks the type who could relish the challenge.

The Irish contingent look very strong, with recent Bobbyjo Chase winner Rathvinden, Leinster National winner Pairofbrowneyes, and Pleasant Company (7 lb higher than last year but loved jumping the fences in general that day) leading a strong Willie Mullins team. The Tony Martin-trained Anibale Fly, who was fourth last year after taking the scenic route throughout, is respected, though carrying top-weight on quick ground is unlikely to suit him ideally.

Trevor Hemmings has owned three winners of the Grand National - Hedgehunter (2005), Ballabriggs (2011) and Many Clouds (2015) – and he has two leading candidates in Lake View Lad and Vintage Clouds, both of whom have taken their form up a notch this season, however the most overpriced British-trained runner could be Walk In The Mill at 33/1. He’s not guaranteed a run (48 on the list), but impressed with the way he jumped when winning the Becher here in December and his two runs over hurdles since should have put him spot on for this big day.

Walk In The Mill wins the Becher Handicap Chase at @AintreeRaces! pic.twitter.com/1Bd3vszTpL

A handicap mark of 144 isn’t insurmountable on the face of it, and – having been ruled out of this race with injury late in the day last year – he can make up for lost time with a big effort.

To sum up, Go Conquer, Abolitionist, Mall Dini and Ramses de Teillee are others to pay close attention to, but the advice at this stage is to back Noble Endeavor, General Principle and Walk In The Mill each-way at big prices.

Walk In The Mill