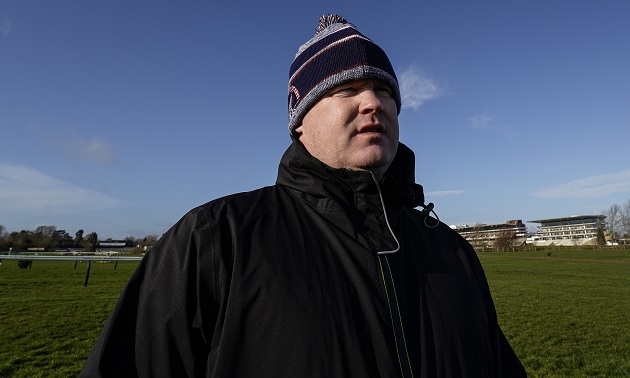 Gordon Elliott has been handed a 12-month ban, with the last six months suspended, following an Irish Horseracing Regulatory Board referrals hearing into the image posted on social media last weekend of the Grand National-winning trainer sitting on a dead horse.

In a statement issued late on Sunday evening, Elliott confirmed the image was genuine and apologised “profoundly for any offence that this photo has caused”, while seeking to explain what he said was the “context” of events that led to the picture.

The image was roundly condemned by racing authorities in Britain and Ireland, with the IHRB announcing an immediate investigation and the British Horseracing Authority issuing a temporary suspension on Elliott’s runners until its conclusion.

On Tuesday, leading owners Cheveley Park Stud removed their horses from Elliott, with the unbeaten Envoi Allen one of those to join Henry de Bromhead.

In addition to the suspension, Elliott was also ordered to pay costs of €15,000.

After considering the evidence, a statement from the IHRB referrals committee said in its view “there is also a sinister aspect to this case. The committee are satisfied that the publication of this photograph is part of a concerted attack on Mr Elliott, the full circumstances of which are unknown.

“This has been canvassed not for the purposes of defence or absolution but in order to explain the publication of a photograph that has existed since 2019.”

In considering sanctions, it said “the committee recognises that the sanction must be arrived at taking into account all of the circumstances, and the aggravating and mitigating factors including Mr Elliott’s personal circumstances, in order to achieve a proportionate result.”

Among the matters considered was the fact “outrage has been expressed by the racing and non-racing public that a horse, albeit deceased, could be treated in this manner.”

The IHRB said Elliott had “expressed what we believe to be a genuine remorse and accepts that he is unlikely to forget this episode in his life”, with committee adding it believed he “genuinely accepts that he was extraordinarily foolish to participate in the way he did”.

It added: “whilst the incident in question was unforgivable, it was, nonetheless, an event which took place without deliberation or forethought over a time period of some seconds. There was a pointed absence of common sense.”

Elliott not appealing against ban

Elliott will not appeal the decision and said he has “a long road ahead of me but I will serve my time and then build back better.”

In a statement, he said: “I accept my situation and my sanction and I am satisfied with my engagement with the Irish Horseracing Regulatory Board. It is not an easy job to sit on the panel but I was dealt with fairly.

“I am in this situation by my own action and I am not going to dodge away from this. With my position in the sport I have great privileges and great responsibility. I did not live up to that responsibility.

“I am no longer the teenage boy who first rode a horse at Tony Martin’s 30 years ago. I am an adult with obligations and a position in a sport I have loved since I first saw horses race.

“I am paying a very heavy price for my error but I have no complaints. It breaks my heart to see the hurt I have caused to my colleagues, family, friends and supporters. I have a long road ahead of me but I will serve my time and then build back better.

“Horses are my life. I love them. No-one comes into racing for money – it is a hard way to make a living. We are here because we love the horses. Anyone who has visited my stables at Cullentra will see the meticulous care with which we treat our horses.

“I was disrespectful to a dead horse, an animal that had been a loyal servant to me and was loved by my staff.

“I will carry the burden of my transgressions for the rest of my career. I will never again disrespect a horse, living or dead, and I will not tolerate it in others.

“Finally I want to thank my owners and my staff who, despite being let down by me, have been unstinting in their support. I will vindicate their faith in me.”

Denis Egan, CEO of the IHRB, felt the case had been dealt with “fairly and appropriately”, but lamented the “damage to the reputation of the sport”.

In a statement, he said: “Where breaches of rules occur and where participants in racing act in a manner that brings the sport into disrepute, there are no winners, and in fact, the loss is to Irish racing with damage to the reputation of the sport.

“Having acted with thoroughness and having followed due process at all times, the IHRB team are satisfied that the case has been dealt with fairly and appropriately.

“Our team who prepared the case worked tirelessly since the issue emerged just a few days ago and ensured their investigation, presented today and with the support of our legal team, was thorough, fair to the parties involved, and above all, focused on ensuring that the integrity and good reputation of the sport is upheld.”

The IHRB underlined its programme of unannounced stable yard inspections, in addition to sampling over 5,000 horses, regulating over 380 race meetings and approximately 100 point-to-point fixtures, while vowing to “pursue with impartiality any rule breaches that we uncover”.

Egan added: “Ireland and its racehorse trainers, riders, breeders and workers are held in high regard globally providing some of the very best horses and the very best racing talent.

“We recognise the heartfelt upset that this matter has caused to people inside and outside of racing, none more so than to the staff employed by Mr Elliott. We also see at first hand both on the racecourse and as part of our stable inspection programme that horses receive unrivalled care, attention, and affection.

“Indeed, as part of the investigation into this very case, an unannounced stable inspection of Mr Elliott’s yard this week led to no concerns about the welfare of the horses in his care, as has been the case during any other inspection we carried out at his premises each year.

“In our opinion the incident covered in today’s hearing is not reflective of Irish racing.”