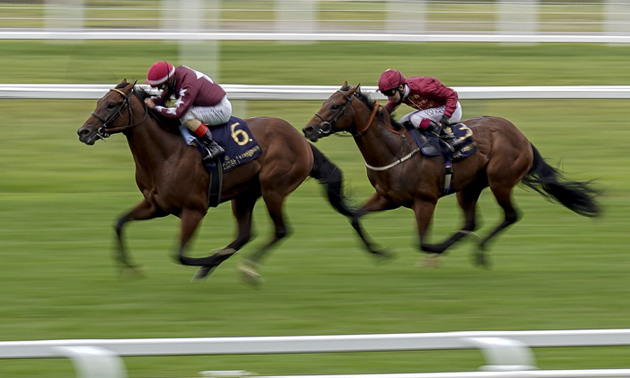 Wesley Ward reports star sprinter Golden Pal to be firing on all cylinders ahead of an intended tilt at the Nunthorpe Stakes at York.

Last season’s Breeders’ Cup Juvenile Turf Sprint winner made a spectacular return to action in the Grade 3 Quick Call Stakes at Saratoga last month and Ward has now given the green light to a trip to the Knavesmire for Golden Pal, with Frankie Dettori in line for the ride.

He said: “He had an unbelievable breeze on Saturday at Arlington Park and we’re headed for the Nunthorpe.

“Straight after his last race we really didn’t know what direction we were going. There was the option of waiting a couple more weeks for the Flying Five (at the Curragh), but he’s doing great and he’s scheduled to leave on August 13.

“I had a talk with Paul Shanahan (of Coolmore) and he had a talk with Mr Magnier, Mr Smith and Mr Tabor (owners). The Nunthorpe is kind of a stallion-maker race and carries a lot of weight at this time of year.

“He’s got a direct flight from Indianapolis to Stansted and then off we’ll go.

“Frankie is going to ride and we’re excited.”

Golden Pal’s task at York has, on paper at least, been made easier by the retirement of dual Nunthorpe hero Battaash, a horse Ward admits he is full of admiration for.

He added: “It’s always a shame for racing every time a great old warrior like that is retired.

“I have certainly been a big fan of his and have watched him for all these years. He got a big following, so any time the curtain is pulled down it’s never good for racing.

“I wouldn’t want to be taking him on when he’s breathing fire, that’s for sure!”