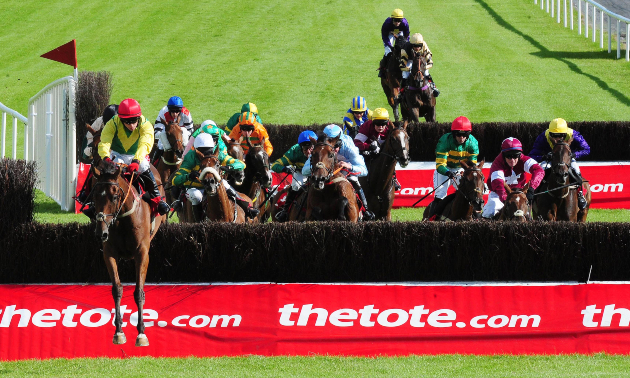 Get the Timeform verdict for each contender for the Galway Plate at the Galway Festival on Wednesday in our runner-by-runner guide.

Seventeen wins from 40 NH runs. Better than ever when winning Grade 3 at Killarney 3 weeks ago. Left poorly placed back over hurdles the following week. Fourth in this last year off a similar mark.

Seven wins from 26 NH runs. Very good second of 24 in handicap hurdle (11/2) at Cheltenham (24f, soft) 139 days ago, finishing clear of the rest. Back over fences now and has a good chance on form.

Creditable 2¾ lengths second of 6 behind Peregrine Run in Gr 3 chase at Killarney (20.8f, good to soft) 22 days ago, outbattled. Can give a good account without posing a serious threat to principals.

Sound jumper who was high class in his pomp. 17 lengths fourth of 6 to Acapella Bourgeois in the Bobbyjo Chase at Fairyhouse (25f, heavy) 158 days ago. Can't rule out back in handicap company.

Third of 5 in a minor event chase (12/1) at Clonmel (20f, soft) 127 days ago. Looks handicapped to the hilt having been highly tried during his novice chasing campaign.

Didn't need to be at his best when winning a 6-runner Gr 3 chase at Naas (20f, soft) 143 days ago by a short head from Ministerforsport. Makes handicap chase debut and is the choice of Townend.

C&D winner. Had a pipe-opener over hurdles at Kilbeggan (24.8f, good to soft) 19 days ago. Cheekpieces on for the 1st time. Third in this last year off a similar mark.

Creditable third of 9 in a minor event hurdle at Kilbeggan (19.8f, good to soft, 12/1) 19 days ago, running on. Switches from hurdles to chase. Tongue strap back on. Well held in this last year.

Below form when fifteenth of 23 in the Kim Muir at the Cheltenham Festival (26f, soft) 139 days ago. Often let down by her jumping.

Defied top weight in the Martin Pipe at Cheltenham in 2019. Just useful form over fences last season but remains open to improvement in this sphere. Makes handicap chase debut and headgear applied.

Winner of a big-field handicap hurdle at Aintree on yard debut in April 2019 and only just failed in the Midlands National at Kilbeggan. Should remain competitive.

Fifteenth of 18 in a handicap chase at Cheltenham (16.3f, good to soft) 138 days ago. Significantly back up in trip. Rejoined yard after leaving Ben Haslam. Tongue strap on for the 1st time.

On the up when winning first 2 handicap chases last autumn. Unseated on next 2 starts but unlucky not to finish closer when fifth (badly hampered run-in) in Midlands National at Kilbeggan on hsi return.

Gordon Elliott has won 3 of the last 4 renewals and holds another strong hand, notably with GALVIN who is the mount of Davy Russell. He was rather unlucky to bump into one at the Cheltenham Festival and has a big handicap in him. His stablemate The Storyteller was only just held in the Pertemps and has to be respected back over fences, with Easy Game another to consider off a fair opening mark.