Fry eyeing Ascot outing for If The Cap Fits 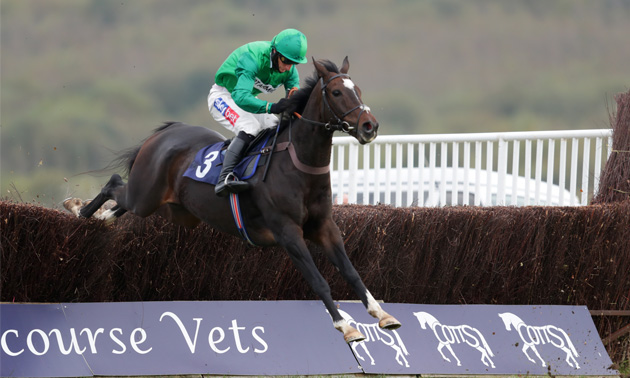 Harry Fry has earmarked the Jacquart Noel Novices’ Chase at Ascot as a potential target for If The Cap Fits.

The Dorset handler is considering dropping the eight-year-old down in trip for the Grade Two, which has been won in recent years by the likes of Politologue and Simonsig, on December 18.

Having made a successful chasing debut at Ffos Las – beating the smart Fiddlerontheroof – the Grade One-winning hurdler lost his unbeaten record over fences at Sandown last time out after suffering an odds-on defeat in a three-mile Listed contest.

What a chasing prospect! Grade 1-winning hurdler If The Cap Fits scores on his debut over fences in classy style for @HarryFryRacing1 and @dazjacob10 at @FfosLasRC pic.twitter.com/ulBcryXIOc

Fry said: “I was disappointed not to win at Sandown with the allowances we were getting. We learnt maybe more in defeat than if we had won.

“It was only his second start over fences and to jump three miles around Sandown is a good experience.

“We will now maybe come to Ascot before Christmas for the Grade Two which is over two miles five and a bit.

“There are still lots of good races to look forward to and this part of the season it is all about getting the experience into him.”

One thing Fry plans to do when If The Cap Fits next appears is reapply the cheekpieces that have been absent in both his starts over fences.

He added: “His last few runs over hurdles were in cheekpieces. We had left them off over fences, but I think they will be going back on next time.

“As his owners said, the battle may have been lost but the war goes on.”

Fry said: “He has given us some special days and that was another memorable occasion. It was fantastic and great to see him winning races at the grand old age of 12 under top-weight – Kevin Brogan gave him a lovely ride.

“He is back up into the 150s now and you are either carrying top-weight in a handicap or you pitch him back in the races he has won before.

“He will tell us when he is ready again. It is just great he is still in love with the game and enjoying it.”

Though Fry will take plenty of plaudits for getting the four-time Grade One scorer back to winning ways, he believes owner JP McManus merits an equal amount of praise.

Fry said: “It was Mr McManus’ call to keep him in training and he was absolutely spot on.

“At home you wouldn’t have known he was a 12-year-old about to turn 13. We are at a new yard and a change of scenery has probably done him no harm.

“He is a four-time Grade One winner and doesn’t owe us anything. Wins like his last one are just cherries on top. We will just enjoy having him around.”