Free Tips for York and Ascot 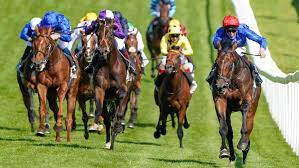 Get free tips for Saturday's racing

Stuart Williams' likeable DESERT DREAMER sets a high standard on the form of her recent Newmarket Group 2 second and she can get back to winning ways. System is less exposed and feared most if, as expected, building on her listed win at the same track. Nymphadora looked a good prospect when landing a York listed event before finding the Queen Mary too exacting and is another worth considering.

An open race with the vote going to NIBRAS AGAIN, who won the corresponding race in 2019 and signalled he's ready to strike again when runner-up at Newmarket last month. Mid Winster's Doncaster win is backed up by the clock, so he's respected from 5 lb higher, while James Watt and Ginger Jam are others to bear in mind.

FANTASTIC FOX boasts some strong form, not least his third to subsequent Falmouth Stakes winner Snow Lantern at Newbury in April, so he's well worth another chance now back at 1m having failed to stay 1¼m on his handicap debut at Royal Ascot last time. Guru is also of interest now he's back on the right path and is feared most ahead of Latest Generation.

A typically competitive renewal, with the vote in favour of STREAMLINE. He missed the whole of last year but proved as good as ever when resuming winning ways at Wolverhampton in March. Far from disgraced on the back of 3 months off at Newcastle in June, he's still unexposed on turf and he's fancied to go close. Mondammej, last year's winner Muscika and Gulliver head up the dangers.

MATTHEW FLINDERS made a very good fist of things on his first attempt over 7f when second in a Chester listed and is fully 10 lb well-in compared to his future mark so he's narrowly preferred to Motakhayyel, who had a few of these in behind when easily landing his second Bunbury Cup. Jamie Osborne pair Raising Sand, who won this in 2019, and Cliffs of Capri are 2 who could go well at bigger odds.

It was back in 2006 that this race was last won by a 3-y-o, but in MOHAAFETH the Classic generation is represented by a potential top-notch colt this year. He oozed class at Royal Ascot last month and, with Montatham likely to ensure that they go a good clip and fast ground forecast, he should prove too strong for Armory, in receipt of 12 lb from the Irish raider. Juan Elcano is best of the rest.

An intriguing renewal, not least as the Derby winner takes part for only the second time in the last 10 years, and it's Epsom-hero ADAYAR who gets the nod, with this year's Blue Riband boosted by the subsequent Group 1 successes of third-placed Hurricane Lane. Love is feared most if the ground stays on the quick side, but if the heavens do open Wonderful Tonight could provide the main threat.