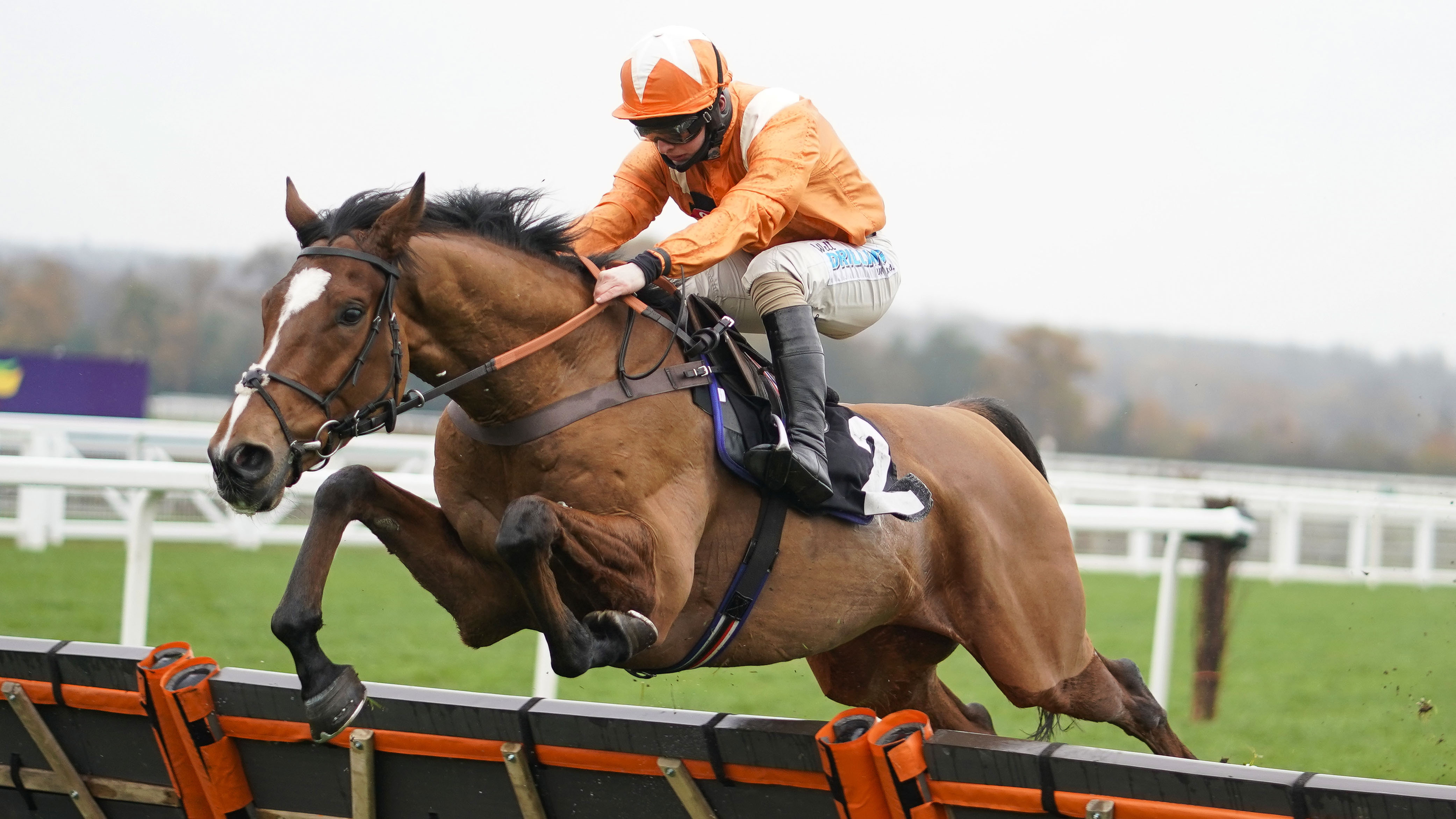 ECLAIR D'AINAY took apart a useful field at Wetherby over Christmas, a return to front-running tactics suiting him nicely. Such a ride brings out the best in him and he could be hard to catch again here despite a 7 lb rise. Frero Banbou confirmed his return to form with a fine run at Cheltenham 6 weeks ago and looks a big threat. Le Ligerien is also a player if backing up his Chepstow performance.

This looks decidedly trappy with the vote narrowly in favour of ON THE BLIND SIDE. He needs to shrug off a couple of lesser efforts, but he shaped well when runner-up in the Long Distance Hurdle on return and the drop into calmer waters rates a plus. Calva d'Auge rates next best, ahead of Emitom.

BROKEN HALO looked a young chaser going places when scoring impressively at Exeter and is taken to follow up in this more exacting company. Colonial Dreams is late to fences but showed enough when runner-up at Newbury to make his mark here. Hold That Taught can't be discounted either now he reverts to a more suitable trip.

It's worth chancing METIER to build on his fourth in a strong Ascot handicap before Christmas as he's starting to look well handicapped on his Tolworth form of last season and this deep ground should suit him. Irish-raiders Carrarea and Lucky Max likely have more to offer and are feared most ahead of Chti Balko.

OPTIMISTIC BIAS was a sitting duck for the thriving Vee Dancer at Hereford, but that was his best effort over hurdles for a while as he bowled along in front in first-time blinkers. The handicapper has left the 13-y-o's mark unchanged and he could go one better. Le Grand Lion and Florrie Knox are another couple of appealing front runners to consider in a handicap that could be a burn up.

ANGELS LANDING showed improved form in a juvenile at Ludlow last week and looks on a favourable mark now tackling handicap company for the first time in this sphere. Ladykiller's Flat form a couple of years ago makes him a potentially interesting opponent on his handicap hurdle debut, particularly if the betting vibes are strong. Ravenscar will also have a say if backing up her Sedgefield second.

NELL'S BELLS powered away in the style of a quality mare at Carlisle and there could well be more to come, so she gets the nod ahead of Flirtatious Girl who, although the only winner at this level, has a penalty and an absence to defy. Mullenbeg, who bolted up on her Rules debut at Ludlow recently, also comes into the reckoning.

HUNNY MOON looked a good staying prospect when scoring over C&D and with few miles still on the clock she gets the nod here. Buster Valentine is another low-mileage chaser who seems sure to go well on the back of her excellent Wetherby second. Tide Times, Flegmatik and Sunset West all make the shortlist too.