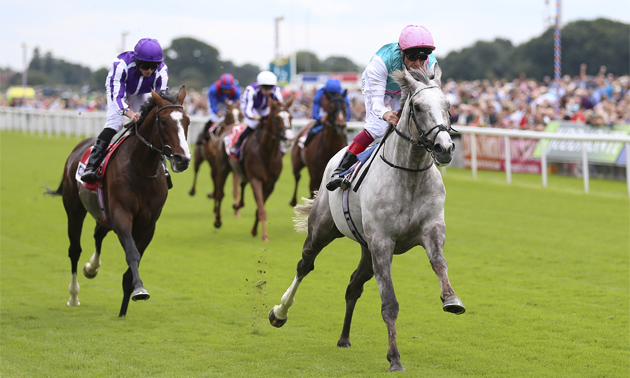 Get Timeform’s fifty for the Flat in Horses To Follow 2020 – out now!

With the Flat season set to commence next week (June 1st), get yourself prepared to find winners with the latest edition of Timeform’s Horses To Follow, which is packed with expert insight and valuable punting pointers.

The core of the book is the Fifty – our idea of the top prospects in Britain this season. Last year’s crop included Sir Ron Priestley, who was identified as “just the type of slow-burner that his yard is renowned for improving steadily over time”. That proved an accurate assessment as he thrived on his racing during 2019, winning five of his first six starts and signing off with a career-best effort to fill the runner-up spot in the final classic of the season, the St Leger at Doncaster.

Another notable success story was Khaadem. The son of Dark Angel was expected to develop into a “Group-race performer at sprint distances”, and, whilst victory at that level ultimately proved elusive, he still confirmed himself a very smart sprinter in winning a listed race at Newbury and the Stewards’ Cup at Goodwood, defying a big weight on the second occasion to become just the third three-year-old winner of the race since 1997.

Bangkok and Skardu were other members of the classic generation to make their presence felt in pattern company. The latter was a maiden winner on his only juvenile outing and returned to win the Craven Stakes as a three-year-old, while Bangkok was included after achieving even less at two, still a maiden after three starts. He was expected to take his form to another level when tackling middle-distances, though, and so it proved, with his wins including the Classic Trial at Sandown.

This year’s list includes the usual mix of classic prospects, older horses with Group-race potential and those from all age groups who can pay their way in handicaps, so order your copy of Horses To Follow 2020 today.

The Fifty in Britain are again backed up by a select list of ten from Ireland, while there are plenty of other features to enjoy, including an early look at the classics and the popular Talking To The Trainers section, which features the thoughts of leading lights such as Ralph Beckett, William Haggas and David O’Meara.

Find out which handicapper Haggas believes “may be better than that in time”, and which unraced filly “showed a nice level of ability as a two-year-old at home” according to Saeed bin Suroor.

There’s also the review of the 2019 season, including all the key statistics, a list of Timeform’s 100 highest-rated horses by age group, plus a selection of promising horses – ordered by trainer – who have been given the p symbol to denote they are capable of much better form. 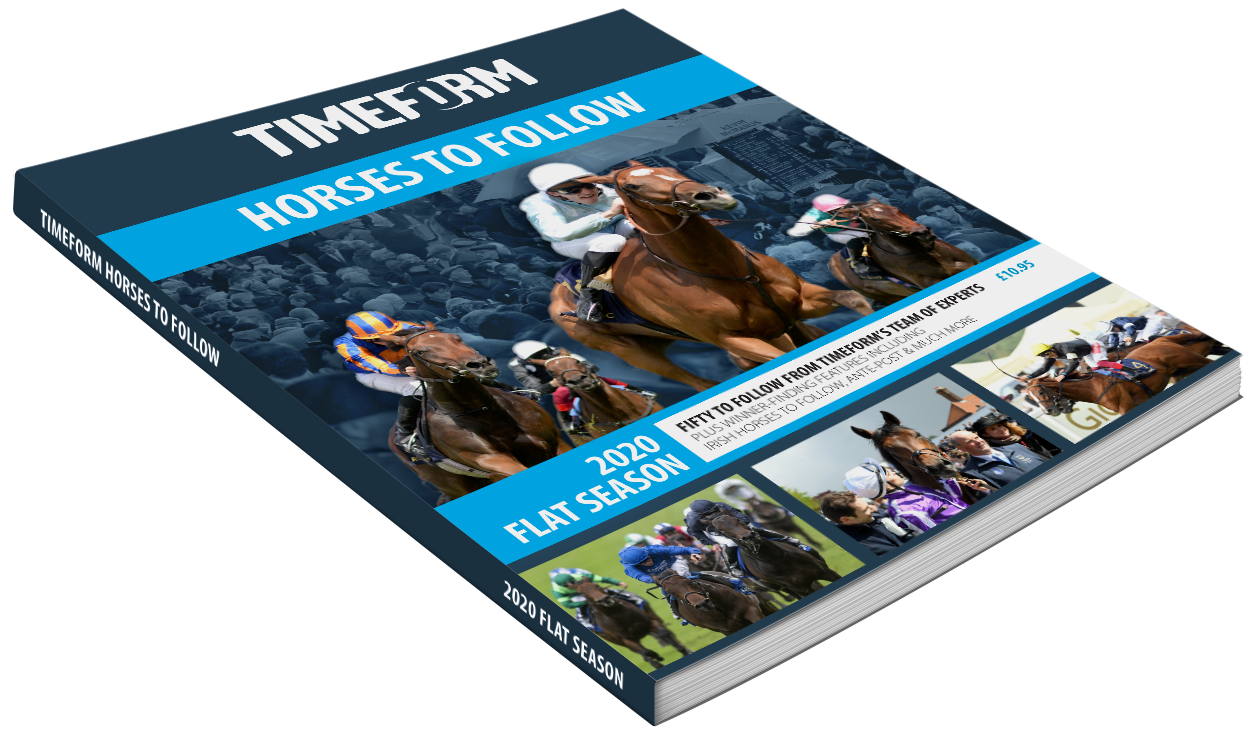