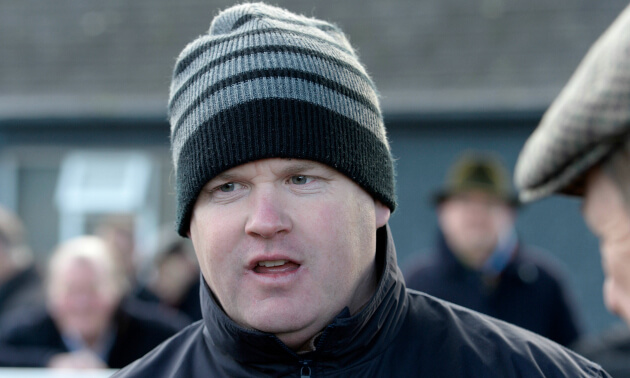 Gordon Elliott’s Fil Dor dazzled on his chasing debut as the big clash between the 10-11 favourite and Saint Roi lived up to expectations at Navan on Sunday.

Both jumped with precision as they turned the Boardsmill Stud Irish EBF Beginners Chase into a match by the time the field had passed the winning post for the first time and were heading out into the country.

Eventual third Gallant John Joe was the only one in the same parish by the time the Triumph Hurdle runner-up and Willie Mullins’ Champion Hurdle fourth entered the home straight matching strides.

There was still nothing between the pair two out, as Jack Kennedy aboard the winner and Mark Walsh on Saint Roi began to get animated in the saddle – and it was Fil Dor who was shading matters at the last before stretching out for a four-length success.

“Jack said it rode a proper race. He was foot perfect apart from one down the back that he landed on top of,” said Elliott.

“It’s great for Andy and Gemma (Brown, owners) who are here today. They don’t get over too often so it’s nice for them.

“You couldn’t but be happy with him and I’d imagine he’ll go to Leopardstown at Christmas.”

Kennedy said: “I was always very happy and down to the last he really pricked his ears. He can be a little bit lazy but he measured it up, popped over it and galloped away to the line.

“I pressed Saint Roi a bit after the fourth-last and tried to get him under pressure early. This lad stays very well so I was always happy that I had him covered.”

Paddy Power went 10-1 from 14s for the Arkle at the Cheltenham Festival, while he is 16s from 33-1 with the same firm for the Turners Novices’ Chase over an extra half a mile.

There was further success on the card for the Cullentra House handler and Kennedy when Jungle Prose won the Bar One Racing Price Boosts Everyday Handicap Hurdle.

Elliott added: “It’s great that he’s won again. He’s owned by a bunch of local lads, all good friends, who will really enjoy this.

“He’s gone up 40lb and is going to go up a few pounds again.

“We’ll look at the valuable handicap here in a few weeks and maybe the Pertemps qualifier.”

However, there was disappointment in the John Lynch Carpets & Flooring Monksfield Novice Hurdle, where 2-7 favourite American Mike could only finish second, ending Elliott’s three-year winning run in the race.

“He was very disappointing and ran very flat. He was beaten three out,” said Kennedy.

“I’ll be very surprised if something didn’t show up in a scope or something. From the third-last I wasn’t happy and he didn’t finish out his race.

“It’s been a mixed day, but any day you have two winners is a great day.”