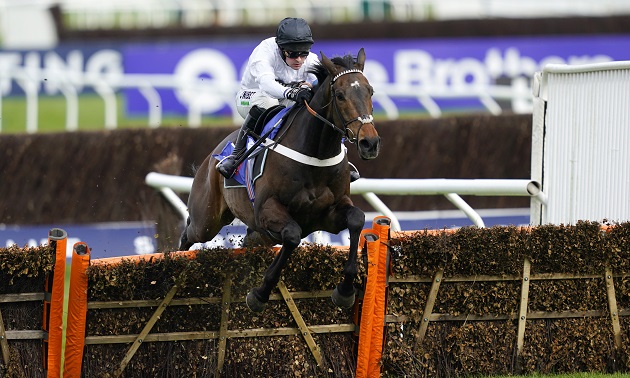 Timeform have awarded Constitution Hill a provisional performance rating of 175 for his stunning win in the Betfair Fighting Fifth Hurdle.

Nicky Henderson's Constitution Hill slammed stablemate Epatante by 12 lengths in the Newcastle Grade One and is now odds-on across the board for the Unibet Champion Hurdle at Cheltenham in March.

It was a second successive substantial performance from the five-year-old following his stunning defeat of another stablemate, Jonbon, in the Sky Bet Supreme at Cheltenham in March.

"It is extremely rare for a hurdler to post a rating of 175," explained Timeform's hurdles handicapper Martin Rigg.

"Indeed, there have been only 12 other two-mile hurdlers in Timeform's history to have reached that level, so the fact that Constitution Hill has now managed to do it twice from just four starts over hurdles merely underlines what an outstanding prospect he is – he's potentially the best hurdler I've ever seen."