Eydon Derby decision to be made after Epsom gallop 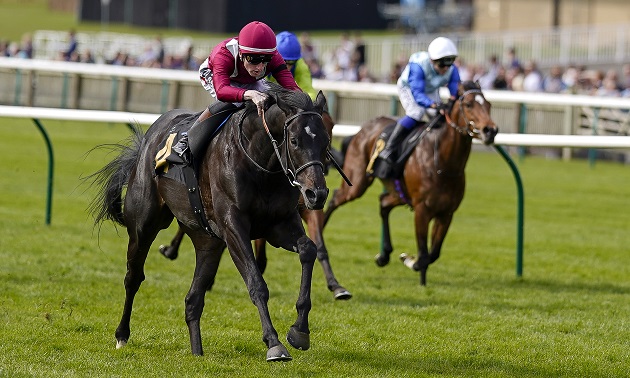 Eydon will test his aptitude for Epsom during the Cazoo Derby Gallops Morning before connections decide between a tilt at either the English or the French Derby.

Eydon began his campaign with a Listed success in the Feilden Stakes at Newmarket, a six-runner affair in which he defied odds of 22-1 to register an impressive victory under David Egan.

A return to the Rowley Mile for the 2000 Guineas followed, with Roger Varian’s Olden Times colt again outperforming the market estimation of his chances when coming home fourth behind Coroebus at 33-1.

Both the French and English Derbys came under consideration after Eydon’s excellent Guineas run and a final decision will be made by owner Prince Faisal after the colt undertakes a piece of work on the unique undulations of the Epsom Downs.

Ted Voute, racing manager to Prince Faisal, said: “He’ll go on Monday (May 23) to Epsom and have a little piece of work down the hill and around the turn and into the straight.

“We’ll see how he handles the bend and the camber and then the Prince will have a think about what he wants to do after seeing how balanced he is.”

The decision to run the bay in both the Feilden and the Guineas was ultimately made by his owner, who bred Eydon and knows the bloodline well having owned several generations of the family.

“They were really good calls, I have no idea which way he will go now,” said Voute.

“I think, looking at things, the French Derby has more pace in it and is possibly a little stronger, and the (Epsom) Derby is perhaps a little slower.

“It’ll be a difficult call but the Prince will make it and he hasn’t made many bad calls.”

Another high-profile horse seen in Prince Faisal’s silks is globetrotting star Mishriff, who won the French Derby, known as the Prix du Jockey Club, for trainer John Gosden in 2020.

The five-year-old disappointed when last seen bidding for back-to-back wins in the Saudi Cup and connections are hoping he can bounce back in the Prince of Wales’s Stakes at Royal Ascot.

Voute added: “I said to the Prince the other day that he’d already won the French Derby and he said ‘oh well, I don’t mind winning it twice!’

“Ascot is where we’re heading. We’re just waiting to see whether we’ll be ready for then, but it’s pretty much the same agenda as last year and we’ll just take it one race at a time.”

As a middle-distance performer, Mishriff is likely to cross paths with William Haggas’ all-conquering Baaeed at some stage, a challenge Voute accepts must be accepted to cement the horse’s place in the division.

He said: “I’m not sure I really want to take on Baaeed, but if we’re going to be a champion then we’ve got to.”