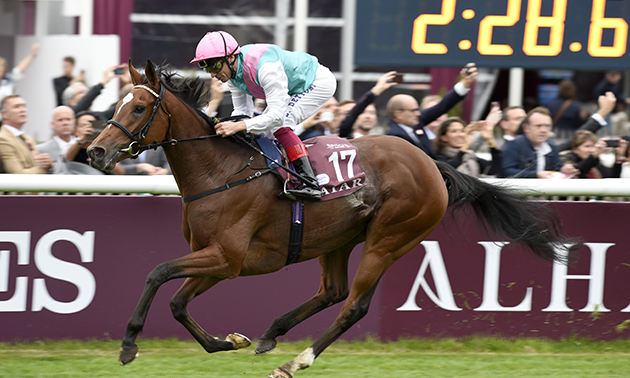 Juddmonte Farms has announced brilliant racemare Enable has been successfully scanned in foal to Kingman.

The dual Prix de l’Arc de Triomphe was retired from racing little over a week after coming up short when chasing a record third victory in Europe’s premier middle-distance contest in October.

A couple of weeks later she left trainer John Gosden’s yard for the final time to begin a new career at Banstead Manor Stud.

On Valentine’s Day Enable was covered by Juddmonte stallion Kingman, who won four Group 1s over a mile for Gosden and his late owner Khalid Abdullah in 2014 – and he has already sired a clutch of top-class horses, including Palace Pier and Persian King.

A fortnight on, Juddmonte confirmed the mating was successful, tweeting: “15 days after covering, champion Enable was this morning successfully scanned in foal to Kingman.

“Hopefully an exciting new chapter in this remarkable mare’s story.”

Enable won won 15 of her 19 career starts during a glittering racing career, including 11 Group 1s.

What a race this was 🙌

Last summer she became the first horse to win a third King George VI And Queen Elizabeth Qipco Stakes at Ascot – while her big-race haul also includes the Oaks at Epsom, the Irish Oaks, two Yorkshire Oaks and the Coral-Eclipse.

Enable accumulated record earnings for a European-trained horse of £10.7million during five seasons, and in 2018 became the only horse to win the Arc and the Breeders’ Cup Turf in the same year.