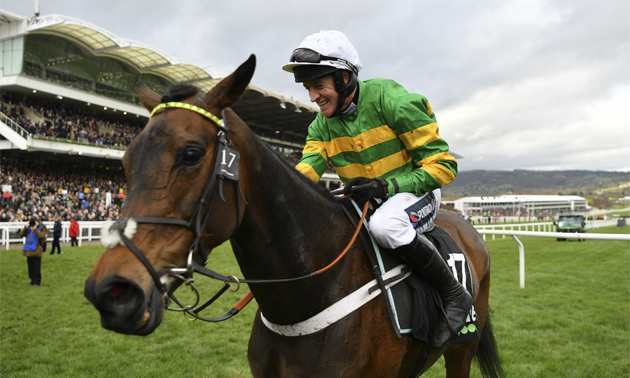 Buveur D’Air claimed the two-mile hurdling crown in both 2017 and 2018 for trainer Nicky Henderson and owner JP McManus, before falling at the third flight when bidding for the hat-trick two years ago.

He was unable to run in last year’s renewal because injury, but Henderson and McManus found a super-sub in Epatante, who provided the Seven Barrows handler with a record eighth victory in the race and McManus his ninth.

Epatante remains the clear favourite for this year’s Champion Hurdle, despite suffering a shock defeat to admirable grey Silver Streak when defending her crown in the Christmas Hurdle at Kempton on Boxing Day.

Buveur D’Air has not been seen in competitive action since suffering a freak hoof injury in the 2019 Fighting Fifth at Newcastle, but is reported to be closing in on a comeback.

Henderson is responsible for six entries in all – with his team also including Buzz, Call Me Lord, Marie’s Rock and Verdana Blue.

Tom Symonds is still undecided as to whether to run his stable star Song For Someone in the Champion Hurdle or wait for the Grand National meeting at Aintree.

The six-year-old has won his last three starts at Grade Two level – completing his hat-trick with a narrow victory over the aforementioned Silver Streak in the International Hurdle at Cheltenham last month.

“I am absolutely thrilled with him at home. He is very well and seems to have come out of the International in great form.

“There are three races we are currently weighing up, with one of them acting as his prep before one of the big spring festivals. He could go to Haydock for The New One Unibet Hurdle a week on Saturday, the Contenders Hurdle at Sandown Park or the Kingwell at Wincanton.

“I think the weather will play a big part as to what race he actually runs in, and I am not really leaning to any of them at the moment. We will enter him in the three races as they come along and then decide where to go.

“The Champion Hurdle is firmly in the picture, and it would be great to have a runner in a championship race like that.”

Henry de Bromhead has entered unbeaten mare Honeysuckle, Aspire Tower and Jason The Militant – while other hopefuls include Gordon Elliott’s Abacadabras and the Gary Moore-trained Goshen.