Enbihaar proves a class above in Lillie Langtry defence 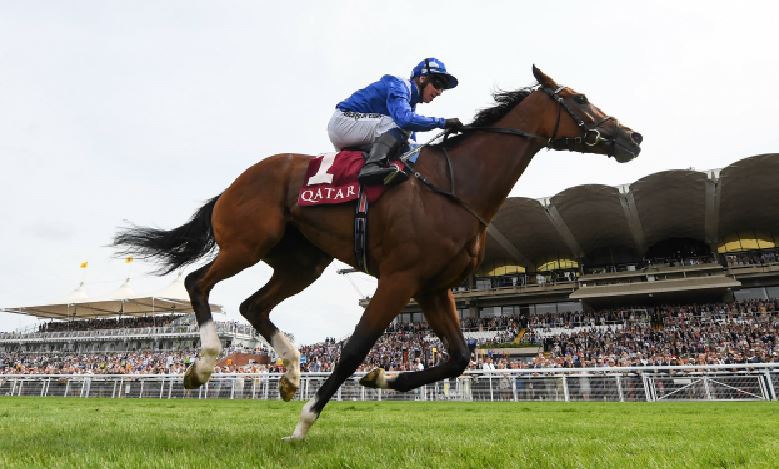 Enbihaar landed the odds to complete back-to-back victories in the Qatar Lillie Langtry Stakes at Goodwood.

The John Gosden-trained five-year-old outclassed her two rivals to run out a comfortable winner of the Group Two contest over a mile and three-quarters.

Irish raider Snow set the pace, but was tracked all the way by Enbihaar. Jim Crowley bided his time on the 1-2 favourite before pressing the button two furlongs out.

She quickly went by the long-time leader and was not hard pressed to hold off Cabaletta by three and a half lengths, in a race that had seen the field reduced to three following the late withdrawal of Manuela De Vega.

Crowley said: “She’s just a big, galloping mare. There were only three of us, but she jumps slowly so I had to sit on Ryan’s (Moore, on Snow) girth and keep him honest all the way. This mare wouldn’t want a sprint and she did it nicely in the end.

“Last year she went for the French race over a mile and five at Longchamp (Qatar Prix de Royallieu), but it came up very heavy. That could be another possible race for her. She stays really well, whether connections feel she can step up to two (miles), I don’t know.

“Although she’s big filly, she points her toe and just bogged down in the mud in France last year. Fast ground is key to her. She loves it.”

Enbihaar could head to Doncaster first to try to repeat last year’s win in the Park Hill Stakes before going to ParisLongchamp, if the ground is suitable.

Gosden’s son and assistant, Thady, said: “She’s got that lovely long stride and picked up beautifully in the straight.

“A mile and a half is a little sharp for her these days and she relished the step up to a mile and six on the quick ground.

“It will be a pretty similar path to last year. We’ll probably go to the Park Hill and Doncaster and then on to the Prix de Royallieu. The ground was a bit soft for her last year.”