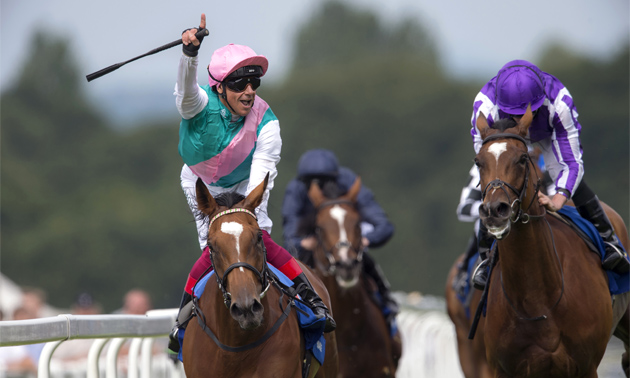 Enable is set for a stern test on her eagerly-awaited return to the track on Sunday, with Ghaiyyath one of her key rivals in an eight-strong entry for the Coral-Eclipse at Sandown.

The dual Prix de l’Arc de Triomphe winner is set to reappear for the first time since she lost her 12-race unbeaten sequence when runner-up to Waldgeist in pursuit of her hat-trick in Paris last October.

John Gosden’s brilliant mare will be defending her Sandown crown, having begun her campaign last summer with an odds-on victory in the Eclipse.

At six, she is due to face a tough challenger in Charlie Appleby’s Ghaiyyath – a year her junior and a dual winner since finishing only 10th of 12 at ParisLongchamp last October.

Ghaiyyath made virtually all for emphatic victories in the Dubai Millennium Stakes at Meydan and then the re-routed Group One Coronation Cup at Newmarket earlier this month.

A high-class performer, he went with bundles of enthusiasm yet was able to sustain a gallop that tears the heart out of even really good horses.pic.twitter.com/DrMY4sa091

William Buick is set to team up with the Dubawi horse again and he is anticipating a thorough test for his mount.

Buick said: “It is obviously a tough race, but he is a horse I’m looking forward to riding again as he was great at Newmarket last time in the Coronation Cup.

“It looks like a real highlight, but that is the Eclipse for you. It has been billed as that before and it is a great race.

“I know it is only a small field, but it is a very select field and there are world champions in there. This could be the race of the season.”

Among his and Enable’s potential opponents at Sandown are the mare’s stablemate Lord North, an impressive winner of the Prince of Wales’s Stakes at Royal Ascot.

Aidan O’Brien’s chief hope is last year’s Juddmonte International winner Japan, who was below-par at Ascot on his reappearance, and he may be joined by stablemate Magic Wand.