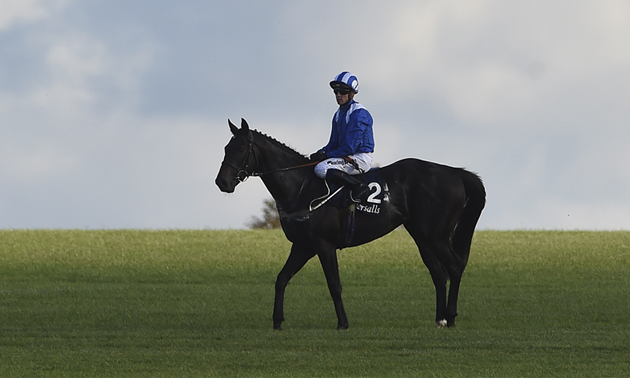 Elarqam is likely to be given the chance to defend his crown in the Sky Bet York Stakes.

The 10-furlong Group Two prize on the Knavesmire on July 25 is the preferred option for the Mark Johnston-trained five-year-old, rather than a second outing over a mile and a half at the same level in the Princess of Wales’s Tattersalls Stakes at Newmarket on Thursday week.

After chasing home subsequent Prince of Wales’s Stakes winner Lord North on his return in the Brigadier Gerard Stakes at Haydock, the son of Frankel finished down the field on his first try over 12 furlongs in the Hardwicke at Royal Ascot.

Charlie Johnston, son and assistant trainer, said: “I would think he will go to the Sky Bet Stakes. The connections might want to try a mile and a half again in the Princess of Wales’s Stakes, but I would say the York races, given how he ran so well in both last year, are obvious places to go.

“If he comes back and performs well in those two races, another try at a mile and a half could be given a go at the backend.

“The way the race panned out in the Hardwicke didn’t suit him and that was not a reflection of his ability or stamina.”

A return to Ascot for the Group Two Betfred Summer Mile on Saturday week appears to be on the agenda for Queen Anne Stakes third Marie’s Diamond ahead of a potential international campaign.

Johnston added: “I think the most likely thing is to go back to Ascot for the Summer Mile.

“It is then a bit hard to plan ahead after that, as in a normal year you would look at races like the Woodbine Mile and Shadwell Turf Mile for him.

“The owners (Middleham Park Racing) like to think outside the box, are very astute and rarely off the mark and they said his closing sections in the Queen Anne were very strong, so we could drop him back in trip after his next run. ”

It is yet to be decided whether Dark Vision will try to follow up his victory in the Royal Hunt Cup in Coral Challenge at Sandown on Sunday, or head straight to the Unibet Golden Mile at the Qatar Goodwood Festival.

Johnston added: “Dark Vision is a hard horse to place now. Those fast-run mile handicaps like the Royal Hunt Cup are perfect for him.

“He is in the Coral Challenge at Sandown and we will have a look at it, but we have a few others in it and we don’t want to run them all in the same race.

“The conditions of the Goodwood race would suit him and we might just go straight there.”