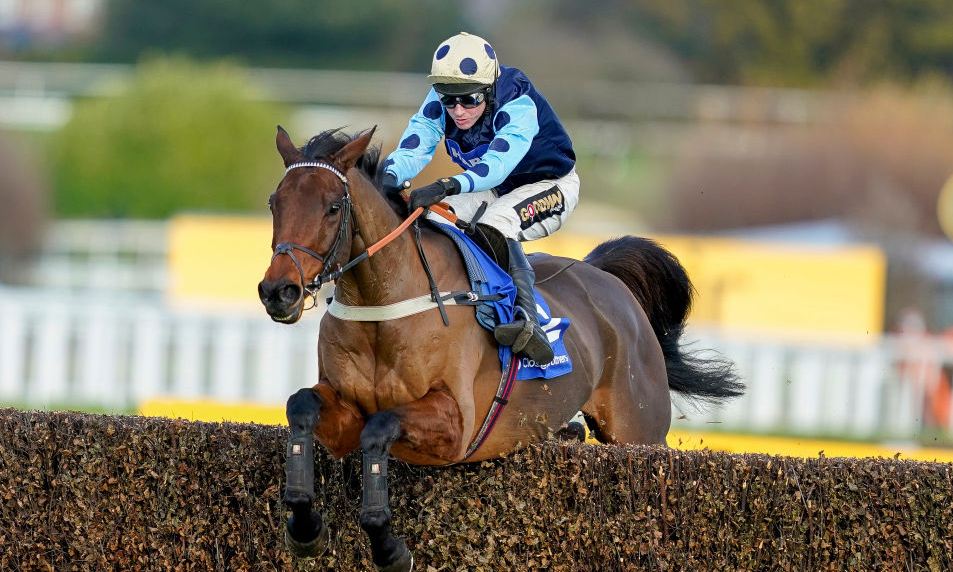 Starting at 3-1, the seven-year-old provided jockey Tom Cannon with a first success at the highest level with a 16-length win from 9-5 favourite Third Time Lucki.

The market leader jumped erratically at time in front, whereas Alan King’s runner was invariably fluent in his slipstream and broke away after the penultimate fence to stride on into a comfortable lead as the line approached.

Edwardstone is now broadly a 10-1 chance for the Sporting Life Arkle Chase at the Cheltenham Festival.

A jubilant Cannon said: “The horse did all the talking for me really.

“He was a bit novicey at one or two (fences), but he’s only ever had one completed chase start so he was going to be.

“It was a good jump two out, I gave him a squeeze down to the last and he put it to bed well.

“I’m just delighted for the horse really, more than anything, he hasn’t had much luck in his career but he was lucky today. I was just a passenger really.”