Educator set to be first runner for the King 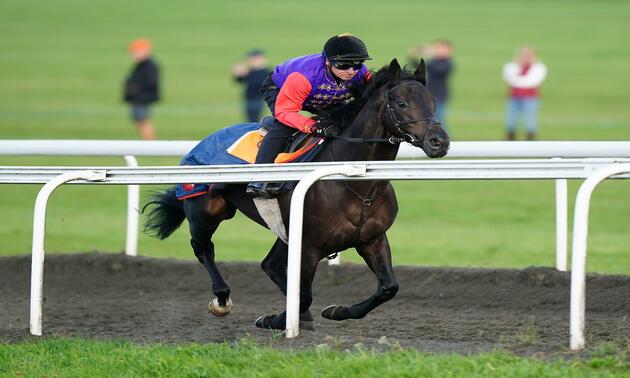 Officials at Salisbury are “very honoured” that the King will have his first runner in the famous royal silks when Educator lines up at the Wiltshire venue on Thursday.

While His Majesty has previously had runners in the colours he shared with the Queen Consort when they were the Prince of Wales and Duchess of Cornwall respectively, it will be the first time the famous purple, red and gold silks will take to the track in his name.

The William Haggas-trained colt runs in the Radcliffe & Co Handicap with and it is somewhat fitting that Salisbury has been chosen considering the track was a regular venue for the late Queen’s runners and where she enjoyed one of her last winners when Circle Of Fire won on September 1.

“We feel very honoured Salisbury will be the place for the first runner in our new monarch’s name, under the name of the King, which we are obviously very pleased about,” said clerk of the course Jeremy Martin.

“Her late Majesty used to have plenty of runners here and one or two winners a year. In fact at our last meeting, a very nice two-year-old called Circle Of Fire trained by Sir Michael Stoute and ridden by Ryan Moore won a two-year-old novice and he looks a nice horse.

“That was just a week before her sad death, but here we are now at our next race meeting and we get to see the colours again, but in the name of His Majesty The King, so we’re pleased.

“We wish The King all the success and I’m sure there will be plenty of interest in how Educator gets on. We feel very honoured.”

“Estimate won the one-mile-four-furlong maiden we have in early May each year,” he continued.

“The Queen actually had two runners in the race and Estimate won in her second colours under Pat Dobbs at 12-1. She won pretty well and a month and a half later she was winning the Queen’s Vase and a year after that she won the Gold Cup.

“We didn’t know then that we were seeing a filly of such high class, but Estimate would be the best horse the late Queen had win here.

“We know that the Queen came to Salisbury in 1967 to see a horse called Spanish Invader trained by Ian Balding, he was a two-year-old and he won. I don’t think the Queen had been since, but although she never came, she certainly had plenty of runners.”

Educator was once seen as a Classic contender and William Hill go 33-1 for King Charles III to be in the Epsom winner’s enclosure next year, while it is 7-2 for ‘three cheers for The King’ to ring out at Royal Ascot in June.

Spokesperson Tony Kenny said: “The King inherits a good squad of horses from his mother and it’s certainly not out of the question that he owns next year’s Epsom Derby winner at 33-1.

“The Queen’s last Royal Ascot winner came in 2020 and we make it 7-2 for the King to own one next year, while it’s 25-1 for him to own a Cheltenham Festival winner.”