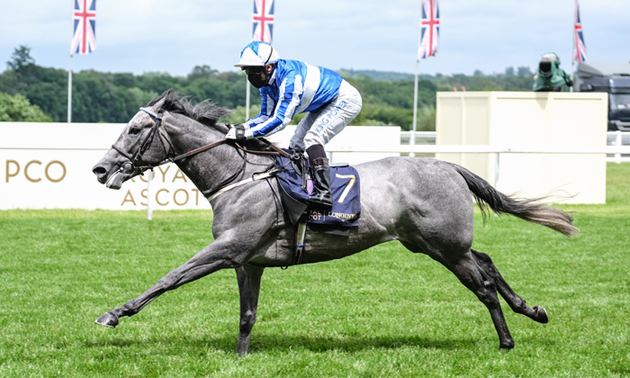 The North Yorkshire trainer has put the progressive three-year-old in the Coolmore Sioux Nation Lacken Stakes over six furlongs at Naas on Saturday and the Coral Charge over the minimum trip at Sandown on Sunday.

It is no surprise Easterby is going down the Pattern-race route after the Dark Angel colt dismissed 20 rivals in impressive fashion in a new five-furlong handicap at Royal Ascot.

ART POWER tanks through the race and quickens away well to win the opener on Friday at #RoyalAscot!pic.twitter.com/uol2LgvQnV

“He’s got an entry at Sandown on Sunday and in Ireland at Naas on Saturday,” said Easterby.

“We’ll look at both races and decide. He’s been good, he’s come out of it really well. He’s a good horse and an exciting prospect.”

Should Art Power go to Sandown, he would be taking on seasoned older horses that could include El Astronaute, Caspian Prince and Dakota Gold.

Among the other three-year-olds in a 20-strong entry are three-times Group Two winner A’Ali, recent course and distance scorer Lazuli and Liberty Beach, who was third to Battaash in the King’s Stand Stakes at the Royal meeting.