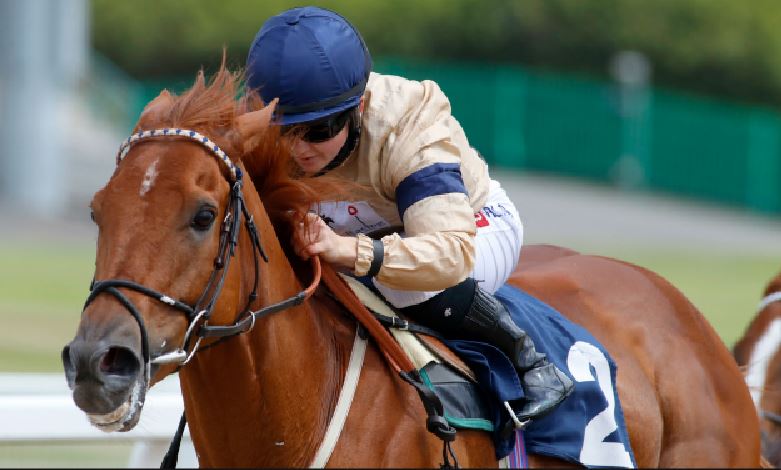 Hollie Doyle landed her first Group One success when snatching the verdict on Glen Shiel in the Qipco British Champions Sprint Stakes at Ascot.

Just 35 minutes after Doyle had become the first female rider to win on British Champions Day in the opening Long Distance Cup on Trueshan, the 24-year-old broke yet more new ground in a record-breaking year.

Doyle and connections of the Archie Watson-trained six-year-old had to wait a few anxious moments for the result of the photo-finish before it was confirmed Glen Shiel (16-1) had beaten the veteran Brando by a nose.

A dramatic finish to the Champions Sprint at @Ascot, as GLEN SHIEL just edges out Brando to hand @HollieDoyle1 her first Group 1 success! 🏇🏆 https://t.co/uKTV4qCYLM

Glen Shiel was always in the front rank after being smartly out of the stalls and was joined three furlongs out by Oxted. The July Cup winner took the lead, but had nothing more to give in the final half-furlong.

Glen Shiel kept on giving back in front – and just held the very late challenge of 80-1 outsider Brando. One Master was half a length away in third place.

Doyle said: “I’m in a state of shock right now. I didn’t think I’d won, so to have had the result we have was incredible. We had a good old battle with Oxted from the three-pole and I thought that I would be doing well to hold on like I did, but he is such a game horse.

“He is incredible. He has got quicker with age. When we first got him, he was running over 10 furlongs in France and didn’t show a whole lot of speed, but the further we dropped him back, the quicker he has got.”

She added: “It’s not about me it’s about Archie Watson, he has campaigned this horse unbelievably. No one else would have won a Group One with this horse.

“It is a dream come true, a massive dream come true, especially on this horse. Everyone in the yard adores him. My aim at the start of the year was to ride a Group winner and I always said a Group One one day, but I didn’t think it would come this year.

“I don’t get too carried away, but I’m a bit delusional as to what is going on at the moment as it has all been a bit of a whirlwind. It has been a great few years.

“It feels really unusual as for someone like me it doesn’t normally happen, but it has done today.”