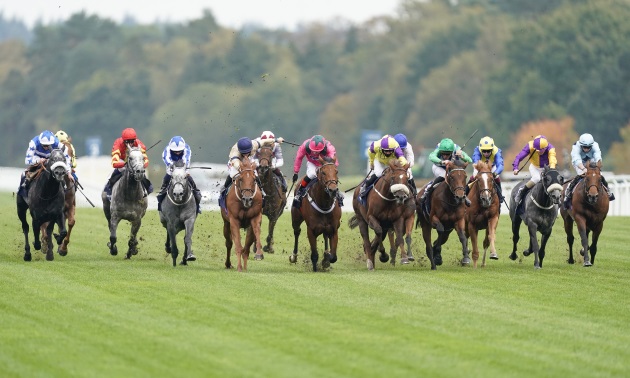 Glen Shiel returns to the scene of his finest hour, with conditions set to be very much in his favour, in Saturday’s Diamond Jubilee Stakes at Royal Ascot.

Glen Shiel landed the British Champions Sprint on soft ground at the Berkshire track last October, giving rider Hollie Doyle a first Group One success in the process, and the duo will team up again in the six-furlong feature on the final day of the Royal meeting.

Glen Shiel already has a run under his belt this term, having finished fourth in the Greenlands Stakes at the Curragh last month, and Simon Turner, racing director for owners Hambleton Racing, reports Archie Watson’s charge to have progressed for the run.

He said: “Obviously we welcome the rain at Ascot and he’s in great condition at home.

“He’s come on for his reappearance run in Ireland and we couldn’t be happier with him.”

Glen Shiel has shortened in the market for the Diamond Jubilee following the rain, and Turner thinks plenty more will support him with his ability to act on soft ground.

He added: “It was testing ground when he won there in the autumn and while he handles it, I don’t think he needs it. It probably just doesn’t inconvenience him as much as some of the others.

“We are excited to run him and I think plenty of people will latch on to Glen as he has that soft ground form, and he certainly deserves to be in the conversation.”

Dream Of Dreams is reported to be in tip-top shape as he bids to atone for narrow defeats in the last two runnings of the race.

The Sir Michael Stoute-trained sprinter failed by just a head to peg back Blue Point in 2019 and went down by the same margin to Hello Youmzain 12 months ago.

He did manage to get that elusive success at the highest level in Haydock’s Sprint Cup in September and warmed up for a third crack at this coveted prize with a smooth victory over Garrus at Windsor last month.

“He couldn’t be better, you just don’t know about the draw (three) but with 14 runners it shouldn’t make much difference.

“He’s working very well and he couldn’t be better.”

William Haggas thinks Nahaarr will be better with cut.

“Nahaarr ran a very good race in the Duke of York,” said the Newmarket handler.

“I think he might be a little bit better with a bit of cut in the ground. If they go fast and he can wait a bit I think he’ll come home well.”

Ventura Rebel was fifth behind Starman at York on his seasonal debut, but his excellent course form could put him in the picture.

His trainer Richard Fahey said: “He’s been to Ascot three times and he’s won there (at the May meeting), he’s been second (as a two-year-old in the Norfolk Stakes) and he’s been third (to Golden Horde in last year’s Commonwealth Cup).

“He loves the track and I was delighted with his comeback run at York, which doesn’t really suit him. He’s been training exceptionally well and while I’m not saying he’ll win, I won’t be shocked if he runs a big race.”

Charlie Hills expects his two runners, Royal Commando and Garrus, to do themselves justice.

“Royal Commando’s win in the Cammidge Trophy has worked out well,” said the Lambourn trainer.

“We would have run in between in Ireland, but the ground wasn’t great so we’ve come straight here. He was fourth in the Commonwealth Cup last year and I’m happy with his training, so I think he should run well at a decent price.

“Garrus has really stepped up this year and I can see him running a huge race.”