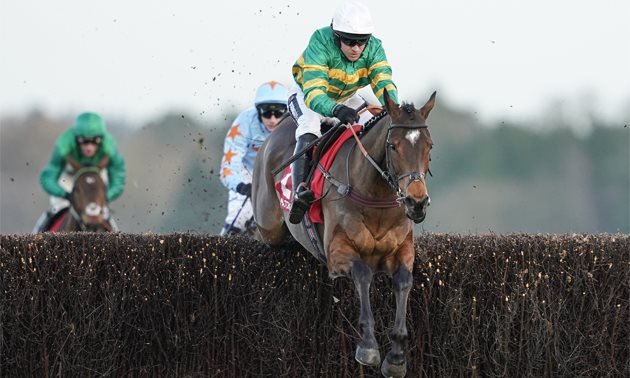 Defi Du Seuil confirmed his superiority over Un de Sceaux in no uncertain terms and enhanced his Cheltenham Festival claims with a dominant performance in the Clarence House Chase at Ascot.

Ranging alongside the gallant Un De Sceaux at the second-last fence with the rematch on in earnest, Defi Du Seuil (11-10 joint-favourite) jumped into the lead under Barry Geraghty and pulled away from his market rival between the final two obstacles to score by two and three-quarter lengths.

Un De Sceaux - a three-time winner of the Grade One showpiece - stuck to his guns to be second, with Marracudja third.

Hobbs said: "Obviously we were very hopeful we might win again, but I couldn't imagine he was going to win that easily.

"He travelled and jumped. He could have done with a stronger pace, maybe, but he jumped well throughout. It certainly wasn't the plan to be in front when he was, but I suppose he had no option."

He added: "Nothing is definite (Cheltenham target) - there's no need for us to decide now. He's in the Ryanair as well as the Champion Chase.

"I suppose with the pace he showed there it's a bit more likely, the Champion Chase, but we'll see nearer the time."

Geraghty said: "It wasn't the plan to be there (in front) so early, but he absolutely flew it and landed running and away he went. Philip thought he had really improved since Sandown, and he felt a better horse at Sandown than he did last season.

"He felt really sharp today - he was spring-heeled at the second-last and put it to bed."

Willie Mullins said of Un De Sceaux: "I thought the winner has improved and he won very well and we didn't improve from our last run, so I was very disappointed, but that is the way it is.

"I thought ground conditions would suit us. He (Paul Townend) said he thought he didn't fire, so it is disappointing. We will get him home and see and have a chat (about what to do next)."