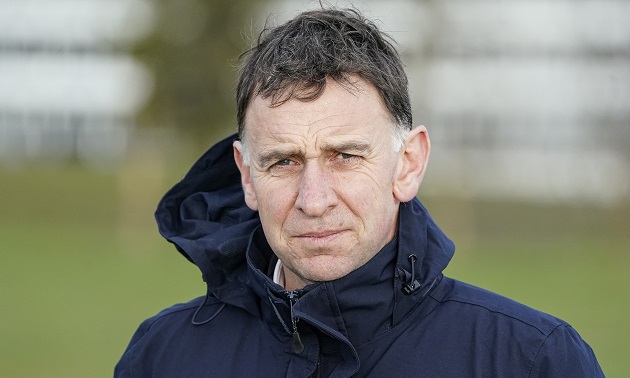 Eklat De Rire will bid to continue Henry de Bromhead’s domination of the major jumps prizes in Britain this year with victory in the Ladbrokes Trophy at Newbury on Saturday.

While the County Waterford handler has been a major force at the top level for a number of seasons, the success he has enjoyed in 2021 has been nothing short of remarkable.

The first trainer to win the Champion Hurdle, Champion Chase and the Gold Cup in the same year at Cheltenham in March, De Bromhead then teamed up with Rachael Blackmore to make history in the Grand National the following month.

He made another successful raid when saddling Gold Cup runner-up A Plus Tard to become the first Irish-trained winner of Saturday’s Betfair Chase at Haydock, and even De Bromhead is struggling to comprehend the scale of his achievements.

“It’s incredible to have the horses we have at the moment. When you list those races, they’re races I’d have dreamt of winning – it’s unreal, incredible,” he said.

He could be joined by stablemate and top-weight Chris’s Dream, although his participation is less certain due to the likely underfoot conditions.

De Bromhead said: “There’s a bit of concern on the ground, obviously. They’re saying it’s good to soft and I think they’re watering at the moment.

“Both would probably prefer more ease in the ground, but we’ll see. I think there’s a little bit of rain forecast later in the week.

“It seems a great idea for both horses. Chris’s Dream probably really appreciates a good dig in the ground and is also entered in the Becher Chase at Aintree, so we’ll see where we’ll go.

Eklat De Rire won a Grade Three novice chase at Naas last season, before unseating Blackmore in the Brown Advisory Novices’ Chase at Cheltenham. He made a successful reappearance at Wexford last month.

“In the spring Peter Davies (owner) mentioned the race for Eklat De Rire. He’s based over there, so he’d love to see him run in it and we said we’d certainly aim towards it,” the trainer continued.

“He’s got good form and won well the other day. He’s a really nice staying chaser, so fingers crossed we’ll get him there and he’ll give a good account of himself.

“He had some very good runs over fences last year. He was very impressive in his novice chase at Naas and we thought he was going well at Cheltenham.

“He’s a horse we have high hopes for. How exposed or unexposed he is, I don’t know really. Once you’re up in the 150s, you’d be a brave man to be aiming for much beyond that, in my opinion.

“It seems a suitable race for him to go for, we’re happy with him and looking forward to it.”

De Bromhead’s pair are part of what is likely to be a formidable Irish challenge, with champion trainer Willie Mullins preparing to saddle ante-post favourite Onetheropes, as well as Brahma Bull and Annamix.

Clerk of the course Keith Ottesen expects the ground to be on the “easy side of good” come the weekend.

He said: “It was pretty dry and with the profile of these races there was no point sitting on your hands, so for the past few weeks we’ve been able to maintain ground on the easy side of good.

“We’re really good to soft ground at the moment and we’re going to finish off a bit of watering today.

“It’s dry and sunny today and tomorrow it looks like it will be a misty, foggy start and quite cold. Wednesday is also a misty, damp start and then there’s a front coming in on Wednesday night with one to two millimetres of rain.

“On Thursday we could catch a chance of a shower, but on Friday it starts off cold again and then there’s a band of rain passing through from mid-morning and throughout racing and we should get two to five millimetres followed by some blustery showers.

“Saturday is a bit uncertain, but there’s another band of rain coming through, and it wouldn’t take much rain to put it the other way as the ground is properly good to soft and I don’t see it drying out. There’s no ground concerns in terms of it getting quick – it should be fair for everybody.”