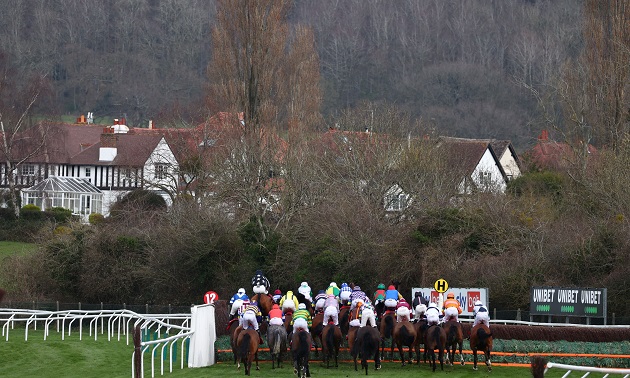 Having worked hard to ensure racing went ahead on Friday, officials at Cheltenham and Doncaster could face an even tougher challenge as they bid to ensure Saturday’s fixtures go ahead.

Frost covers were put down both at Prestbury Park and on Town Moor earlier in the week and ultimately did their job, with Friday’s cards given the green light following second morning inspections.

But with the covers taken off and the ground opened up by Friday’s action, Saturday’s racing will hinge on morning checks again.

Jon Pullin, clerk of the course at Cheltenham, said his team will move as quickly as possible to get the covers back on before temperatures plummet again in the Cotswolds.

A 7.30am precautionary inspection has been called ahead of a seven-race card which is due to feature the December Gold Cup and the Grade Two International Hurdle.

Immediately after racing on Friday, Pullin said: “Temperatures are dropping as we speak.

“It is going to take three to three and a half hours to get the course covered again. The key will be to get those covers down as soon as possible. Hopefully we can and we will see where we are in the morning. It is going to be challenging and we will be holding an inspection at 7.30am.

“The forecast is for another minus 3C/minus 4C frost tonight and again temperatures are slow to rise on Saturday morning.”

The track confirmed it would re-cover the track “immediately after racing on Friday” ahead of a planned Saturday inspection at 9.30am.

The other British jumps card scheduled for Saturday is at Hereford, where a precautionary check is due to take place at 7.30am.

Saturday’s Navan meeting, however, has already been abandoned.

Two top-class cards are due to take place in Ireland on Sunday, but the fixtures at Cork and Punchestown are both subject to inspections at midday on Saturday.

Cheltenham Gold Cup favourite Galopin Des Champs is the star attraction in the John Durkan Memorial Punchestown Chase, while his Champion Chase-winning stablemate Energumene is due to defend his crown in the Hilly Way at Cork.

But Brendan Sheridan, clerk of the course for the Irish Horseracing Regulatory Board, said on Friday morning: “Following overnight snow and severe frost, Punchestown is unraceable.

“With the forecast remaining very cold for the next few days and severe frost each night, we will have an official inspection at 12pm on Saturday in advance of racing on Sunday.”

Sunday’s meeting at Carlisle has already been called off, while Market Rasen will inspect at midday on Sunday ahead of Monday’s fixture.