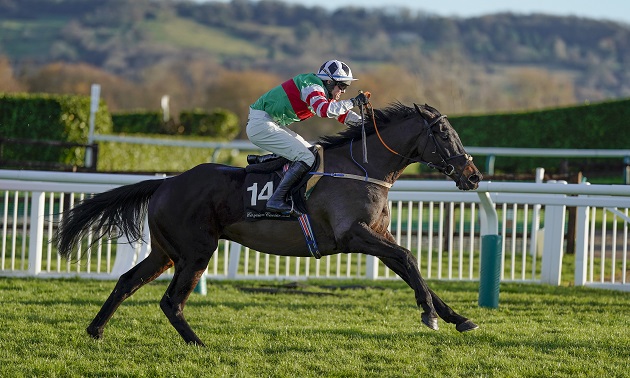 Chatham Street Lad is likely to be on the sidelines for several weeks after sustaining a cut in the Betfair Chase at Haydock on Saturday.

Michael Winters expects his stable star to be back in action after Christmas following the setback incurred when finishing an excellent third to A Plus Tard in the Grade One over three miles.

The Cork handler will probably drop last season’s Caspian Caviar Gold Cup winner back in trip, with races like the Ryanair Chase at Cheltenham and the Melling Chase at Aintree possible targets.

“He landed a bit on the ditch and the birch just cut the skin down below the back of the leg,” said Winters.

“He didn’t overreach or anything so he’ll be fine. He’ll have to box rest for a fortnight or three weeks so he doesn’t break the stitches. He got great treatment in every way so I was very pleased with that.

“It might have cost us a place. There were a few strides where he loomed, but he got tired. We had a good run, but the reality is over three miles we were found out.

“We have no plans for him at the moment because of this, but after Christmas we’ll be rolling. The horse will tell us. He’s fantastic and we’re lucky to be able to get an animal like that.

“He has the pace to get stuck in for a bit and win a good race. He’ll pick up the pieces in a lot of races.”

He added: “It’s a long season, but I imagine we’ll drop him back in trip. We’d like the ground just a little bit easier than last time, but I wouldn’t fault it there at all.

“I think Aintree would suit our horse. Dropping back in trip with a true gallop would suit him. Sean Quinlan mentioned the Ryanair when he came back in. We’ll dream away for a bit.”