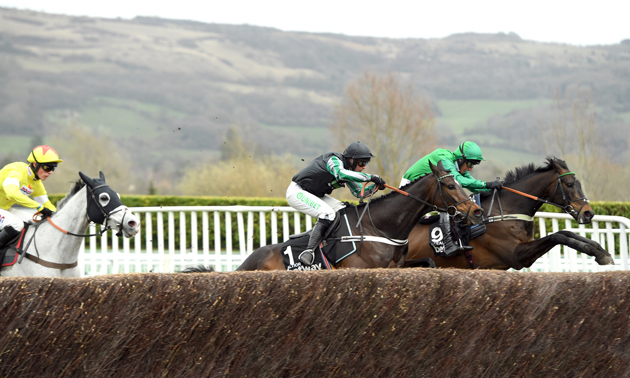 John Ingles previews the 2020 Champion Chase at the Cheltenham Festival on Wednesday and selects his best bet.

Only one horse has so far managed a hat-trick in the Champion Chase. That was the Michael Dickinson-trained Badsworth Boy who won the last of his three two-mile championships in 1985. His first two wins, gained when still unbeaten in completed starts over fences, were easy ones – by ‘a distance’ in 1983 and by ten lengths when odds on the following year – but he faced a serious challenger in his hat-trick bid. Ireland’s Bobsline had won nine of his ten starts over fences, including the Arkle at the previous year’s Festival, and the pair dominated the betting, Bobsline at 4/6 and Badsworth Boy at 11/8.

Badsworth Boy had not had a smooth preparation, restricted to just two starts beforehand, one of which resulted in his first defeat in completed starts over fences when stepping up in trip (the horse who beat him over two and a half miles at Worcester was Classified – trained by Nicky Henderson). In the end, Badsworth Boy probably owed his place in Festival history to good fortune, or rather, bad luck on Bobsline’s part. The latter was moving ominously well when falling three out, and that virtually presented the race to Badsworth Boy.

The parallels between Badsworth Boy’s third Champion Chase and reigning champion Altior’s own hat-trick bid for Henderson this year are clear to see. Altior won his first Champion Chase impressively and landed odds of 4/11 twelve months ago, but his task is a stiffer one this year, with not one but two serious rivals potentially standing in his way. It hasn’t been plain sailing for Altior, either, this season, starting with losing his unbeaten record over jumps to Cyrname when upped in trip for the 1965 Chase at Ascot.

That put paid to the prospect of him running in the King George, and Altior missed a few other possible races in mid-winter for various reasons, but it was very much back to business as usual when he landed the Game Spirit Chase for the third time in February. The latest Game Spirit didn’t take too much winning, but the way Altior responded after the final fence was much more characteristic of him at his best, and he sets a high standard for the challengers to his title.

One of those challengers is Defi du Seuil who added the JLT Novices’ Chase at last year’s Festival to the Triumph Hurdle he won there two years earlier. This season he has established himself as the rising force among Britain’s two-mile chasers, beating Politologue in the Shloer Chase at Cheltenham before accounting for Un de Sceaux in both the Tingle Creek Chase at Sandown and the Clarence House Chase at Ascot. There was only a neck in it at Sandown, but Defi du Seuil gained a much more decisive win over his much older rival at Ascot when having too much speed for Un de Sceaux, who was ruled out with a career-ending injury last week.

Defi du Seuil is on a roll, but he needs to turn earlier form around with Un de Sceaux’s hugely exciting stablemate Chacun Pour Soi, who had come out on top by more than four lengths in the Ryanair Novices’ Chase at Punchestown last May. That was Chacun Pour Soi’s second start for Willie Mullins after he had returned from a three-year absence to make an impressive winning debut for the yard at Naas. Chacun Pour Soi probably needed the run when A Plus Tard ground him down to win the Grade 1 at Leopardstown’s Christmas meeting, but he impressed again when coming out on top in a private battle with Min in the Dublin Chase at the same track last time, denying his stablemate a third win in the race. Still open to improvement after just eight career starts, the sound-jumping Chacun Pour Soi looks capable of spoiling Altior’s perfect Festival record.

It's FIVE weeks until the Champion Chase at Cheltenham 🐎

This really does look a three-horse race, with A Plus Tard and Min more likely to clash in the Ryanair instead. Politologue and Sceau Royal briefly threatened Altior in the closing stages twelve months ago before having to settle for place money, ahead of Hell's Kitchen in fourth, and that looks the best they can hope for again, Sceau Royal having been no match once more for Altior at Newbury last month. Dynamite Dollars ran well when third in the Game Spirit, which was his first start for more than a year, but is another with more improvement to find to trouble the principals, while Bun Doran, an early faller at Newbury, won a substandard Desert Orchid Chase at Kempton. Popular mare Lady Buttons completes the entries, though she is also in the Mares' Hurdle on Tuesday.

This is potentially the race of the Festival, and there’d be no more popular winner if Altior could emulate Badsworth Boy. However, he faces a couple of top-class challengers, and the lightly-raced Chacun Pour Soi looks capable of providing Willie Mullins with an overdue first success in the two-mile chasers’ championship.