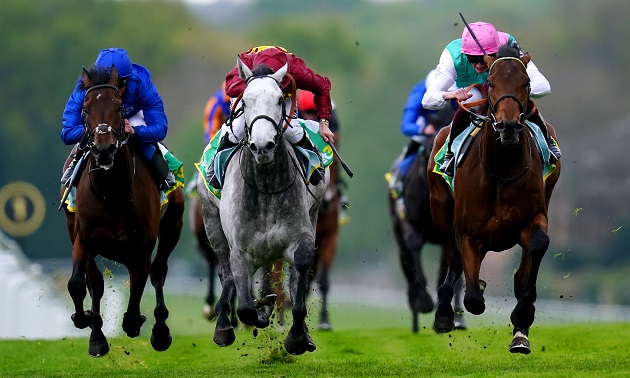 David Simcock’s promising colt Cash will run in the Prix du Jockey Club after being pulled out of the Cazoo Derby.

Cash has had just two starts, landing a mile maiden at Newmarket last October before being upped to 10 furlongs for his seasonal debut in the bet365 Classic Trial at Sandown.

That Group Three contest did not go according to plan for Cash, who is owned by American businessman Earle Mack.

The colt was reluctant to go into the starting stalls and spent most of the race at the rear of the field, before finding a useful turn of foot under Jamie Spencer, only to find Westover denying him by a short head.

Connections feel his running style and the extended 10 furlongs of the Chantilly Group One, as opposed to the mile and a half in the Epsom Classic, will better suit the inexperienced Cash.

“We took him out of the English Derby this week as we felt the French Derby would suit him better.

“Whatever he does this year will be a bonus because he is a big horse, with loads of potential.

“He finished his race off very well at Sandown last time and we felt that Chantilly would suit him better than the hustle and bustle of Epsom."