Captain Chaos back for more in Classic Chase 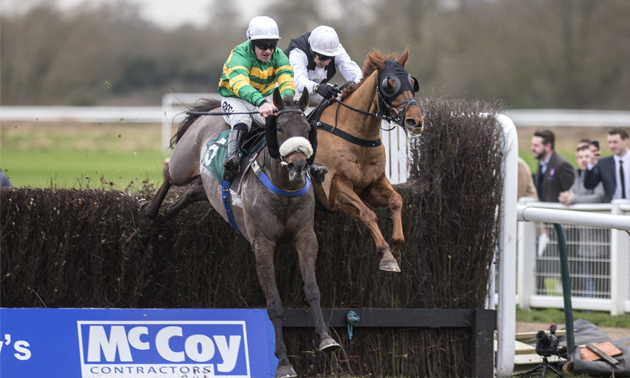 Captain Chaos, runner-up in the McCoy Contractors Civil Engineering Classic Handicap Chase 12 months ago, is among 13 horses declared for the staying event over three miles and five furlongs at Warwick on Saturday.

Dan Skelton’s charge was beaten 10 lengths by Kimberlite Candy in 2020, but got compensation when winning the Grimthorpe Chase at Doncaster in February.

Kimberlite Candy wins the McCoy Contractors Classic Chase by 10 lengths at @WarwickRaces and marks himself out as a leading Randox Health Grand National contender for Tom Lacey and Richie McLernon. #stayingpower

All credit to Captain Chaos for holding on to second place! pic.twitter.com/gZyFW0PUx8

Captain Chaos is not the only horse from last year’s Classic Chase returning to Warwick. Fergal O’Brien’s Petite Power, who was third, and the fifth home, the Ben Pauling-trained Le Breuil, are again in opposition.

Walk In The Mill, a two-time Becher Chase winner for Robert Walford, bids to get back in the groove after falling in the same Aintree race in December.

The Hollow Ginge, trained by Nigel Twiston-Davies, tries again after unseating his rider in the Welsh Grand National at Chepstow last weekend.

The nine-year-old made a winning debut over fences at Newbury seven weeks ago on his second start for Paul Nicholls. Next Destination was previously with Willie Mullins, for whom he won two Grade One novice hurdles.

NEXT DESTINATION, a dual Grade 1 winner over hurdles for @WillieMullinsNH, scores on his chase debut for @PFNicholls in Grade 2 company at @NewburyRacing!

He put in a lovely round of jumping en route to victory under @CobdenHarry! 🏇👏pic.twitter.com/koqy5xOKt7

Taking him on are Colin Tizzard’s Fiddlerontheroof and Golan Fortune, trained by Phil Middleton.

Adrimel must give weight to all 11 rivals in the Ballymore Leamington Novices’ Hurdle.

The Tom Lacey-trained six-year-old has created a good impression with victories at Sandown and Haydock.

However, he takes on several promising sorts, including David Pipe’s Make Me A Believer, the Tizzard-trained Oscar Elite, Harry Fry’s Pure Bliss and Midnight River for the Skelton team.