Buick all class on Jumby in Hungerford Stakes 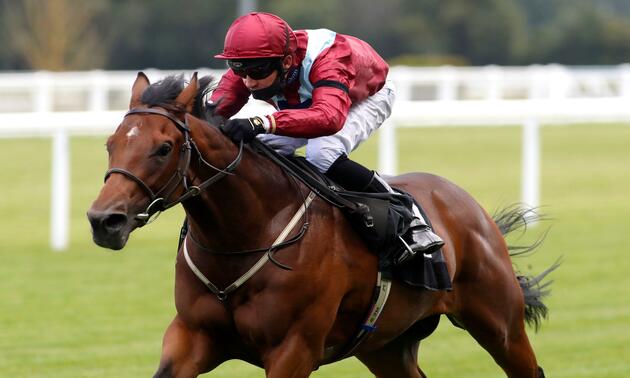 William Buick delivered Jumby with a perfectly-timed challenge to take the BetVictor Hungerford Stakes at Newbury.

Trained by Eve Johnson Houghton, the 9-1 shot appeared to have plenty to find with the likes of favourite Pogo having failed to strike in five outings so far this term but he had been running well in competitive handicaps.

However, after racing into the final furlong on the heels of the pace-setting Dubai Poet, Buick steered Jumby between horses and the New Bay colt took off.

He pulled clear in a matter of strides, coming home a length and three-quarters to the good.

The minor places were hard fought, with Dubai Poet hanging on for second by a short head from Wings Of War, with Primo Bacio, who also raced to the fore, a further neck back in fourth.

Johnson Houghton said: “I have always believed in this horse – and it is great to get it right. And funnily enough, William has also always believed in him and he rides Godolphin horses, so if he believes in him, then everyone can.

“He got it right today. He always rides him if he can. He is in the City of York next Saturday and while he probably won’t run, all options are open, because he loves firm ground and I don’t want to wait until it goes soft. I don’t want to miss the ground with him.

“We’ll see how he comes out of it, but he is full of himself.

“The Prix Foret closes next week, so we will probably go there – at least we will enter him. I haven’t told the lads yet, but that’s where we’ll go.”