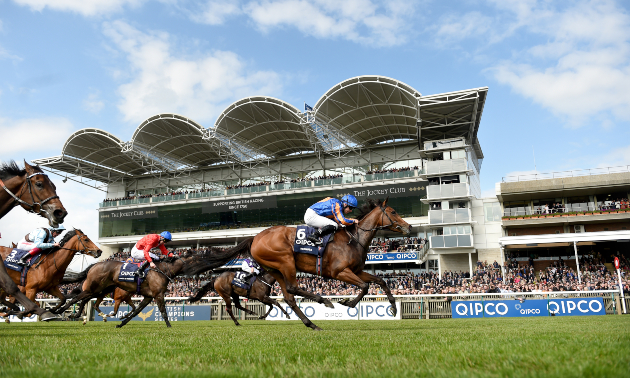 The cancellation of initial entries for both the 2000 Guineas and the 1000 Guineas at Newmarket in early May is the latest repercussion in racing of the coronavirus pandemic.

The British Horseracing Authority last week announced the suspension of fixtures in Britain until the end of April, to help slow the spread of Covid-19.

In its latest update on Thursday afternoon, as well as specifying the new arrangements for entries in this season's first two Classics, the BHA emphasised it continues to "prioritise working with the industry's Covid-19 Steering Group and organisations across the racing industry".

As such, the governing body intends to publish an "overarching operational plan" early next week for ongoing contingencies during the coronavirus outbreak.

Among a number of "regulatory and operational matters" requiring more immediate attention, early-closing deadlines have been temporarily suspended.

The BHA confirmed races which were previously designated to be early closers will revert to the normal five or six-day stage as and when racing and resumes - and that this change will affect prize-money levels, which will be advertised 10 days before each race, with entry fees adjusted accordingly.

The entries for both the 2000 and 1000 Guineas had already closed, but these entries will now be cancelled.

Entries for other races which have already closed - including the Investec Derby at Epsom - will stand, but will be subject to "ongoing review", which will include prize-money and entry fee levels.

The BHA also reported that a planned consultation into the use of the whip will be postponed. The consultation was recommended by the Horse Welfare Board in its recent strategy, but parties agreed to delay the matter in light of current exceptional circumstances.

"We are keen to ensure that any consultation on the whip is done thoroughly and well, with maximum involvement from people in the sport, which would be enormously challenging in the current circumstances.

"This postponement will allow British racing to focus on more immediate concerns relating to the welfare of people and horses. The Horse Welfare Board will support these efforts in any possible way, and applauds the exceptional work that thousands of people in the industry are continuing to do on a daily basis, in caring for future, current and retired racehorses."

The BHA also announced it will delay the implementation of any changes to apprentice and conditional jockey training agreements - which were originally due to come into force on March 28 - and that all hunter chases for the remainder of the 2019/20 season have been cancelled.

Meanwhile, an extension to Musselburgh's current licence, which was due to expire on March 31, has been approved by the BHA board.