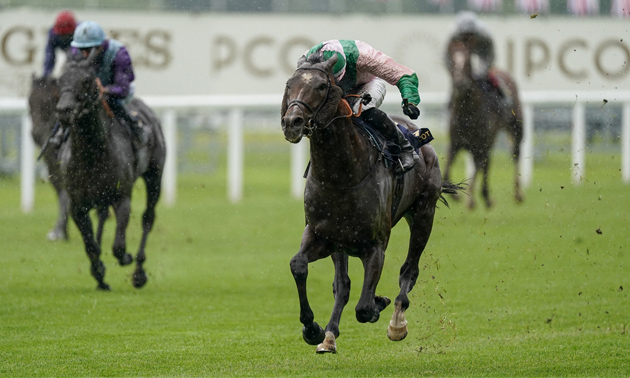 Trained by Paul and Oliver Cole, the colt was ridden to victory at Ascot by Rossa Ryan but was due to be partnered by Andrea Atzeni at Epsom.

However, with Atzeni claimed to ride David Simcock’s Mohican Heights, Curtis has been called up after a brilliant start to the season.

“So, we got Ben Curtis this morning. He’s had 96 winners this year – two Group Three winners, including a Royal Ascot winner. He’s really riding well, with confidence, so we thought he would be perfect.”

Of the horse, Cole added: “I wouldn’t say he’s improving all the time, he’s always been a good horse. He was third to Pinatubo in the Chesham last season and would have been closer with a clear run.

“In the Royal Lodge we don’t know why he ran so badly, his tail was sticking out quite high.

“We went into Ascot quietly confident, although he had top weight, but he made up lots of ground and did it well.

“He should stay, but you never know until they run.”

Third to Pinatubo at this meeting last year, HIGHLAND CHIEF comes home strongly under top-weight to land the Golden Gates Handicap at #RoyalAscot under @Rossaryan15!pic.twitter.com/GmCOJKKlsZ

Ante-post favourite English King is among 17 entries for the Classic and his trainer Ed Walker admits it would be the culmination of a childhood ambition.

“Anyone who says they don’t think about winning the Derby is surely lying,” said Walker.

“I’ve been thinking about it since I discovered horseracing when I was 13 years old, so of course you think about it in this position. It would be a great day if it happened.

“It’s been quite nice that we booked our ticket very early – it was only the fifth day of the season. It’s been nice watching all the other trials and seeing who else is putting their hands up as Derby contenders.

“I always vowed I wouldn’t run a horse in the Derby who didn’t deserve his place, because we’ve all seen nice horses get ruined in the race.

“I’m very hopeful and confident he genuinely deserves to take his chance. Whether he’s good enough, we’ll find out, but I think he ticks a lot of boxes – and I think that’s why he’s at the top of the market.”