Bass confident Imperial Aura can be Grade One star 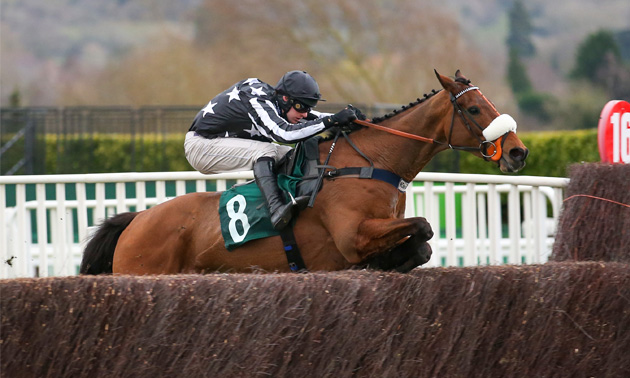 Finding a horse able to compete at the highest level can be a challenge, but David Bass believes he has struck gold with Imperial Aura judging by his victory in the Chanelle Pharma Chase at Ascot.

Having followed up last season’s Cheltenham Festival triumph in a Listed event at Carlisle on his return, the Kim Bailey-trained seven-year-old took another step forwards with a dominant display in the Grade Two, which he claimed by five lengths.

IMPERIAL AURA puts in some stunning jumps under David Bass and continues his rise through the ranks with an impressive victory in the Grade 2 Chanelle Pharma 1965 Chase at Ascot for @kimbaileyracing 👏pic.twitter.com/mgk2WP0TmT

With the ceiling of Imperial Aura’s ability yet to be established, Bass, who rode dual Queen Mother Champion Chase winner Sprinter Sacre, among others, on the gallops during his time with Nicky Henderson, expects the gelding to take a step up to Grade One company in his stride.

Bass said: “It’s hard to compare any horse with Sprinter Sacre, and even some of the other horses I was lucky enough to sit on at home at Nicky’s, but Sprinter was something else.

“Take nothing away from this horse though, as I do think he can compete at the top level. I think the most exciting thing is you don’t know how much he can improve.

“What I’ve felt in his two runs this season, I’m confident he can compete at the top level and do us proud and win a Grade One.

“He is probably one of the most exciting horses I have got to look forward to.”

On official ratings, Imperial Aura still had work to do with two of his four Ascot rivals if he was to continue his progression, although Bass was confident going into the two-mile-five-furlong contest that he would be able to cope with such demands.

Bass added: “We came into it having the utmost respect for all the other horses in the race, as there were Grade One winners in there that had strong form. We were confident our horse was in good form. We knew that our big asset was his jumping.

“The way he jumped down the back the second time was brilliant. That is going to stand him in good stead when competing at the top level.

“I felt he had improved at home from Carlisle. I was confident he was going to run a big race and take a lot of beating today. He was having a good look around in front and I think there is more improvement to come from him.”

Quite often there are signs from an early age as to whether a horse has potential star quality, and Bass feels Imperial Aura is no different.

He added: “He was a good bumper horse and he went to Carlisle for his first hurdle race. I remember then thinking ‘this is a good horse’. That season he was plagued with sore shins. We’ve given him time to mature and get over that, and I think it is paying off now.

All roads will now lead to a Festival return in March for Imperial Aura, with an outing in the Ryanair Chase the intended target, but given the way he finished at Ascot, Bass hopes he could progress even further once stepped back up in trip.

Bass added: “I think in time he will get three miles, but for now I agree with Kim and we have to stay at this trip. If that means we end up in the Ryanair, so be it.

“Imperial Commander won a Ryanair and then a Gold Cup in the same colours. They are a great bunch of owners who have another serious horse on their hands.”