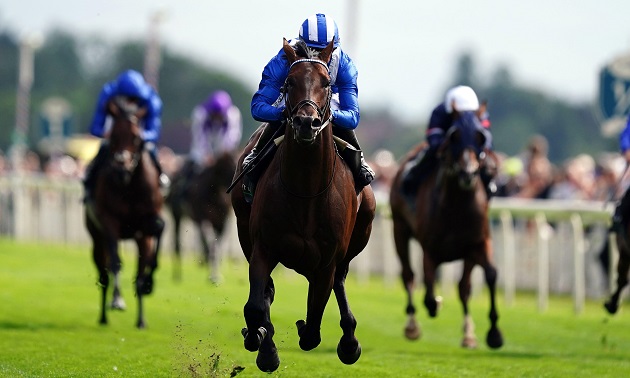 Connections of Baaeed are preparing themselves to say farewell to their star performer in the Qipco Champion Stakes at Ascot next month.

The four-year-old Baaeed is unbeaten in 10 starts for trainer William Haggas and owners Shadwell, with his team opting to bring the curtain down over 10 furlongs on October 15 rather than switching up to a mile and a half in Sunday’s Prix de l’Arc de Triomphe.

Baaeed struck in the one-mile Queen Elizabeth II Stakes on Champions Day last year, but after an exceptional performance on his first try at a mile and a quarter in the Juddmonte International hopes are high he will retire with an unblemished record.

“It’s going to be a big day for the horse, Sheikha Hissa, all of us, for everybody,” said Angus Gold, Shadwell’s racing manager. “Horses like this don’t come around very often. The main thing is to check we get him there in one piece.

“We have three weeks to go and at this time of the year things can change quickly, with the seasons changing and with horses that have been on the go a fair while, so we are not taking anything for granted.”

Baaeed is one of 21 horses still in the Champion Stakes, with his likely rivals including 2021 Derby hero Adayar, who also bypasses the Arc, plus Sealiway and Addeybb, the last two winners of the race, Irish Champion Stakes winner Luxembourg, Prix du Jockey Club and Eclipse winner Vadeni, Prix de Diane and Nassau Stakes heroine Nashwa, and Tuesday, victorious in the Oaks.

Should Baaeed manage to fend off those challengers and retire unbeaten, he will prompt further comparison with Frankel, who also signed off from a perfect career with victory in the Champion Stakes 10 years ago.

Since beating Palace Pier in the QEII, Baaeed has followed the same four-year-old programme as Frankel, winning the Lockinge Stakes at Newbury, the Queen Anne at Royal Ascot, Goodwood’s Sussex Stakes and then the International at York.

“To me the Juddmonte International showed him at his best,” said Gold. “It was his best performance and on his pedigree that was exactly what he should be doing. I hope we can get him to Ascot in the best possible shape on ground that’s not too bad then we will hope for a bit of luck.

“The lovely thing about horses like this is how they attract the public so people can get to see these good horses.

“Baaeed is an exceptional horse. He has been very well trained and managed by William and his team. We have been lucky to have him for a couple of seasons and hope he can go out on a good note.”

He is one of 23 left in the two-mile race which also features Kyprios, as well as St Leger winner Eldar Eldarov.